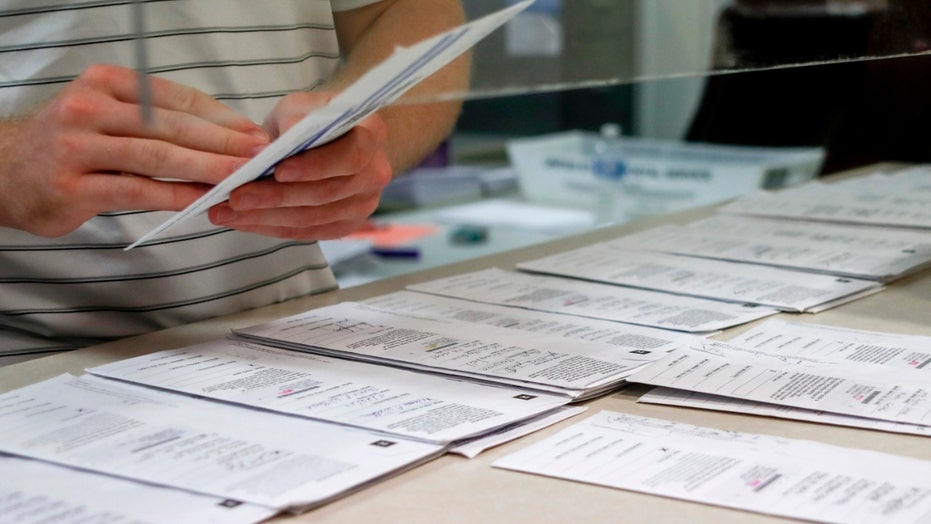 Mail-in ballots may have been on a U.S. Postal Service vehicle that caught fire in the state over the weekend, New Jersey officials reportedly said this week.

Post Office spokesperson George Flood told NJ.com that a postal vehicle carrying mail en route to nearly 100 addresses in Morris Township, N.J., over the weekend caught fire due to mechanical problems, but confirmed that no one was hurt.

TRUMP SAYS SURGE IN VOTING BY MAIL 'HIS BIGGEST RISK'

The Morris County Clerk’s office reportedly posted an “urgent notice” to voters living in the area, and posted addresses mail was being delivered to, advising any registered Democrat, Republican, or unaffiliated voters who did not receive a vote-by-mail ballot to contact the clerk’s office.

New Jersey’s primary election is slated for July 7, after being postponed from its original date of June 2. The election will be mostly vote-by-mail due to the coronavirus pandemic. New Jersey officials, though, told NJ.com that all 21 counties in the state will offer some in-person polling places.

For months, President Trump has railed against efforts by Democrats and some Republicans to allow more people to vote by absentee ballot in the general election, to avoid health risks associated with voting in-person at polling stations amid the coronavirus pandemic. His reelection campaign and the Republican National Committee earlier this year launched a multimillion-dollar legal push to squash moves by Democrats to expand ballot access.

By a 59-38 percent margin, registered voters questioned in a Quinnipiac University national poll released last week said that all voters in the U.S. should be allowed to cast ballots by mail in November due to coronavirus health concerns.

But the survey indicated a sharp partisan divide, with 90 percent of Democrats – and 57 percent of independents – supporting increased balloting by mail, and nearly three-quarters of Republicans opposed.