Employees at the U.S. Department of Agriculture are quitting at a rapid clip as Secretary Sonny Perdue prepares to move forward with plans to relocate two offices far outside the Washington, D.C., Beltway.

Federal employees at the Economic Research Service (ERS) and the National Institute of Food and Agriculture (NIFA) – two small but important agencies within the USDA – are unhappy with Perdue’s plan, announced last August, to move the majority of their staff from current offices in the capital to an area closer the country’s agricultural centers.

“This move does not serve a public purpose,” Peter Winch, a representative for the American Federation of Government Employees, a union that represents ERS workers, told Fox News. “Employees don’t want to move, and it doesn’t make sense for them to move.”

US FARMERS HURT BY TRADE WAR GETTING $16 BILLION BOOST, US AGRICULTURE SECRETARY SAYS

Winch added that since ERS employees joined AFGE earlier this month, six employees have already quit their jobs with the government agency in response to the planned move. He said overall staffing is down to 209 from 300 during the Obama administration.

A Washington Post report cited an estimate that the ERS used to see roughly one “non-retirement” departure per month – but that pace has doubled since October. NIFA reportedly has also seen people leave.

Federal employees at the Economic Research Service (ERS) and the National Institute of Food and Agriculture (NIFA) – two small but important agencies within the USDA – are unhappy with Perdue’s plan to move the majority of their staff from their current offices within the capital to an area closer the country’s agricultural centers. (iStock)

Perdue said in a statement to Fox News that the move was meant “to improve performance and the services these agencies provide.” The secretary of agriculture added that the planned move would bring the department’s scientists closer to “stakeholders” and “customers” such as Midwest farmers. 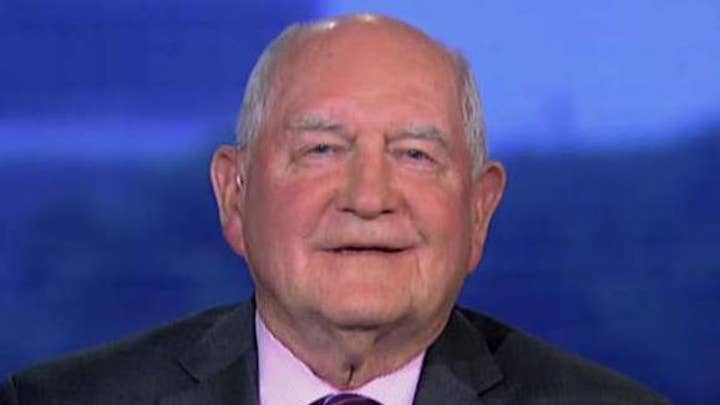 “It’s been our goal to make USDA the most effective, efficient, and customer-focused department in the entire federal government,” Perdue said. “We don’t undertake these relocations lightly, and we are doing it to improve performance and the services these agencies provide.”

Perdue added: “We will be placing important USDA resources closer to many stakeholders, most of whom live and work far from Washington, D.C. We will be saving money for the taxpayers and improving our ability to retain more employees in the long run.”

The goal of the ERS, however, is to provide statistical information to lawmakers in Washington, while NIFA works to fund hundreds of millions of dollar annually in research in the agricultural sector.

HISTORIC FLOODS IN MIDWEST HAVE FARMERS WORRIED ABOUT THEIR FUTURE

Congressional Democrats are scrambling to try and block the move.

“This parochial idea of, like, ‘Washington messes everything up. Let’s move it out of town’ overlooks the important role that this agency plays,” Rep. Chellie Pingree, D-Maine, a member of the House Agriculture Committee, told The Washington Post. “There’s just a heightened level of concern about this administration, generally, about data collection and science.”

Agriculture Sec. Sonny Perdue said in a statement sent to Fox News that the move is meant “to improve performance and the services these agencies provide.” The secretary of agriculture added that the planned move would bring the department’s scientists closer to “stakeholders” and “customers” such as Midwest farmers. (iStock)

Critics, including former USDA officials, say the move would weaken the agencies, reduce their influence with lawmakers and provide little benefit to the farming community.

Winch argued that weakening the agencies' influence in Washington is at least part of the point. The NIFA funds grants that go into researching the effects the agriculture sector has on climate change – which the Trump administration has tried to downplay – and Perdue was allegedly upset by NIFA’s policy to support LGBT members of the 4-H youth farming organization.

The president’s 2020 budget has also proposed slashing funding to ERS research from $87 million to $61 million and cutting 160 jobs, while Perdue has suggested moving the agency from under the USDA’s science arm to being supervised by the USDA’s chief economist, a political wing of the department.

“There is some sort of punitive motivation,” Winch said. “Someone has made a negative judgment about these agencies.”

Perdue and his staff have narrowed the list of places where the two agencies could go down to three from an original 130 -- with Kansas City, the state of Indiana and North Carolina’s research triangle in the Raleigh-Durham area on the shortlist. St. Louis, Mo., and Madison, Wis., are two alternate locations.

Perdue is expected to make the announcement of where the agencies will move as soon as Friday, but it remains unclear whether the two agencies will actually leave Washington. 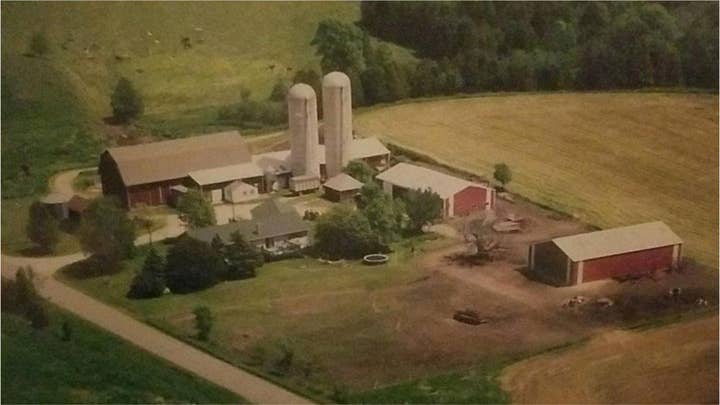 The USDA’s own inspector general is currently looking into whether Perdue has the legal authority to move these agencies, while the House Appropriations Committee’s draft bill of agricultural appropriations, which was released earlier this week, prohibits the USDA from using funds to move agencies outside of the Washington area. Trump’s 2020 budget proposal wants $15.5 million to relocate ERS and $9.5 million to relocate NIFA.

“We continue to believe that the USDA lacks the legal authority to carry out this proposal,” Rep. Steny H. Hoyer, D-Md., and Del. Eleanor Holmes Norton, D-D.C., said in a statement earlier this spring.  “However, even if it had such authority, USDA has not done the proper analysis of the cost and benefits, and this proposal will harm agriculture research and our constituents.”