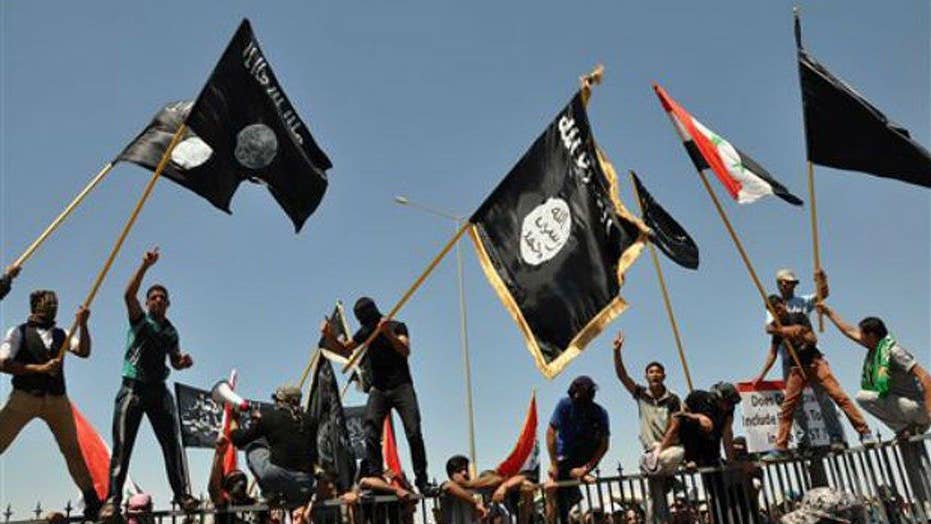 WASHINGTON – The United States ramped up pressure Wednesday on Turkey to pull unauthorized troops from Iraq, aiming to defuse a dispute that has rankled relations between two countries central to the fight against the Islamic State group.

Vice President Joe Biden, in a phone call with Iraq's leader, lent credence to Iraq's claim that its neighbor violated its sovereignty by sending reinforcements to a training camp in northern Iraq. He told Iraq's Prime Minister Haider al-Abadi that the deployment "occurred without the prior consent of the Iraqi government," the White House said.

Iraq's government has been incensed over Turkey's move to send reinforcements to the camp in the Bashiqa region, near the IS-held city of Mosul. Abadi has demanded that Turkish troops immediately withdraw from Iraq's territory. But Turkey has insisted the added troops were needed to protect its forces from attacks by IS — a concern that gained new relevance Wednesday when IS militants attacked the camp, killing three Iraqi Sunni fighters and wounding several Turkish trainers.

The flare-up between Iraq and Turkey has hardened into an unwelcome distraction for the U.S., which is working to persuade Turkey to step up its fight against IS while escalating its own military efforts against the extremist group. Biden and other U.S. officials have been working the phones for days, urging both Abadi and Turkey's Prime Minister Ahmet Davutoglu to resolve the dispute.

Iraq's Shiite-led government is under intense domestic pressure to resist the presence of foreign troops in the country, both from Sunni countries like Turkey and from the United States. Thousands of Shiite militiamen and supporters have joined rallies demanding Turkey's full withdrawal, chanting, "No to occupation." President Barack Obama's recent decision to dispatch about 50 U.S. special forces to Iraq met a lukewarm reaction in Baghdad, even though the U.S. insisted it coordinated all its military actions with Iraq's government.

The U.S. has been preparing to dispatch Apache attack helicopters and more military advisers to help Iraq wrest back the city of Ramadi from IS militants. But Abadi has resisted, arguing foreign forces aren't needed to fight IS in Iraq. Defense Secretary Ash Carter, who met with Abadi on Wednesday in Baghdad, emerged from the meetings to say there was no agreement about accepting more U.S. help.

Since Baghdad lodged its protest, Turkey has halted additional deployments and pulled out an unspecified number of the troops it had recently sent to bolster its ranks at the camp. Biden welcomed that initial withdrawal, but insisted it must continue. In a statement, the White House said Biden had called on Turkey to pull out "any military forces from Iraqi territory that have not been authorized by the Iraqi government."

Turkey has stationed trainers since last year at the camp in Bashiqa, where Kurdish and Sunni forces are being trained to fight IS.

Even while urging NATO ally Turkey to tread lightly in Iraq, the U.S. has been pressing Turkey to step up its involvement in the U.S.-led coalition fighting IS. A key U.S. priority is for Turkey to finally close a stretch of its border with Syria that IS controls on the Syrian side, denying the extremist group a crucial corridor for funneling foreign fighters into Syria.

In a concerning sign for the U.S.-led coalition, the U.S. announced Wednesday it was pulling a dozen warplanes from a strategic air base in Turkey, one day after Carter visited the base. Turkey's decision earlier in the year to allow the U.S. fighter jets to use Incirlik Air Base, not far from the border with Syria, had been touted as a major advancement that would allow the U.S. to move more quickly against IS targets. The Pentagon said the withdrawal wouldn't decrease the U.S. military's ability to strike targets in Syria.