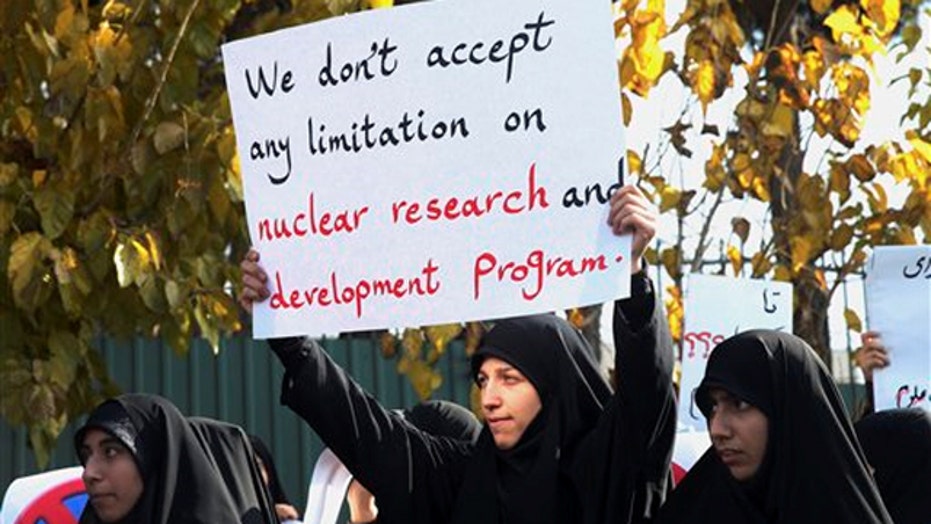 U.S. Secretary of State John Kerry reportedly has proposed extending talks about the future of Iran's nuclear program past a Monday evening deadline to reach a comprehensive agreement on the issue.

At the same time, two Western diplomats said, negotiations were continuing with Iran on trying to bridge differences on reducing Tehran's ability to make nuclear weapons to levels acceptable to Washington while giving the Islamic republic the relief it seeks from international sanctions over its atomic activities.

The U.S. official said a number of options were under discussion.

"An extension is one of those options," the official said. "It should come as no surprise that we will also engage in a discussion of the options with the Iranians at some point as well."

Foreshadowing the developments, German Foreign Minister Frank-Walter Steinmeier told German television: "If there isn't quite a conclusion, we will have to search for possibilities to ensure that nothing breaks off here and the process can be continued."

The Wall Street Journal reports that officials from the other countries participating in the talks with Iran -- Great Britain, France, Germany, Russia, and China -- would prefer to extend the discussions as well, saying that to suspend the talks altogether would lead to a total breakdown in communication after months of negotiation.

If that were to happen, U.S. officials tell the Wall Street Journal, Iran could simply ramp up production of nuclear fuel that could be used in a weapon of mass destruction. In addition, those officials believe Iran could sabotage U.S. efforts to combat ISIS in Iraq and Syria.

But reaching an agreement that allows for more negotiations could be difficult. Beyond assurances that the Iranians aren't just talking for the sake of winning time, the U.S. administration wants to show to congressional skeptics that there is sense to continuing the talks. That means Washington might push the Iranians to accept at least one of their demands on the table.

Should such a plan be agreed upon, talks could resume in early December when Kerry plans to return to Europe for a previously scheduled NATO foreign ministers meeting in Brussels, and an international conference in London.

Outlining some differences between Washington and Tehran in general terms, President Barack Obama said the U.S. goal is "to shut off a whole bunch of different avenues whereby Iran might get a nuclear weapon, and at the same time make sure that the structure of sanctions are rolled back step for step as Iran is doing what it's supposed to do."

"I think Iran would love to see the sanctions end immediately, and then to still have some avenues that might not be completely closed, and we can't do that," he told ABC's "This Week" in comments aired Sunday

As the clock ticked down, other foreign ministers from the six negotiating powers were converging on Vienna in a concerted effort to at least get an acceptable way to extend the talks even if the deal deadline is missed.

Kerry, who arrived Thursday, also met with Saudi Foreign Minister Saud al-Faisal, whose country is vying for Middle East influence with Iran. Diplomats said Saud flew to Vienna from Paris solely for the briefing, and the two talked in his plane parked on the Vienna Airport tarmac.