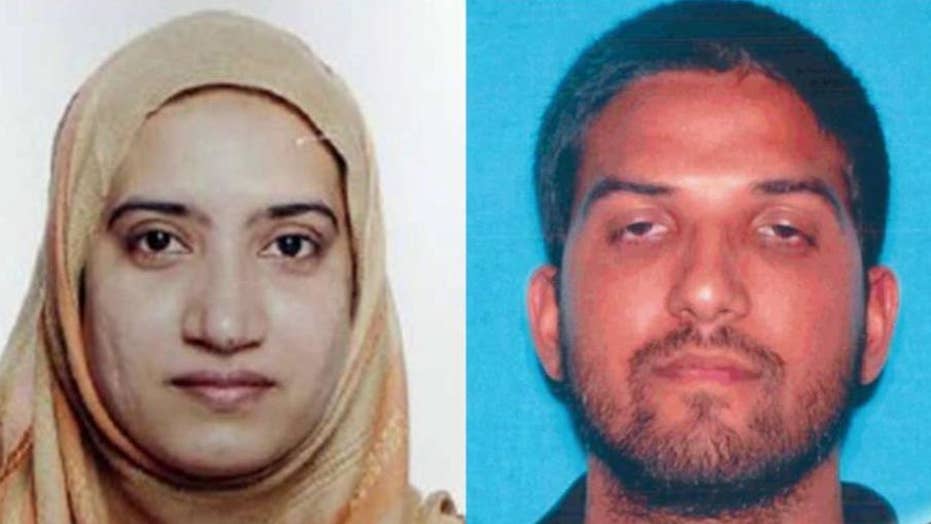 WASHINGTON – Tashfeen Malik, the wife accused in the California shootings, was one of just 519 Pakistanis allowed into the country last year specifically to marry a U.S. citizen.

Malik's path to the United States immediately highlighted the U.S. government's immigration vetting practices after she was identified as one of two attackers in San Bernardino, Calif. The FBI said Monday she and her American husband had been radicalized for some time. That raised the prospect that Malik's anti-American sentiments could have surfaced before U.S. officials evaluated whether she should be allowed to move here.

The Obama administration is reviewing the program, Homeland Security Secretary Jeh Johnson said Monday. He did not say what changes were being considered.

The K-1 visa program is among the smallest visa categories managed by the government. Of more than 9.9 million visas issued in fiscal 2014, just 35,925 -- roughly 0.3 percent -- were fiance visas, according to State Department figures.

Much of the focus is on rooting out marriage fraud. A couple must prove they have physically seen each other within the past two years, unless meeting in person would violate "strict and long-established customs" or cause an "extreme hardship."

"This visa has been totally under the radar," said Marc Rosenblum, deputy director of the U.S. Immigration Policy Program at the Migration Policy Center. "The issue of marriage fraud has definitely gotten a lot of attention, just not as a security vulnerability."

Applicants are subject to a vetting process that includes at least one in-person interview, fingerprints, checks against U.S. terrorist watch lists and reviews of family members, travel history and places where a person has lived and worked. But checks for information about an applicant against entries in intelligence databases and criminal records can be hampered if the underlying information is incomplete.

DHS spokeswoman Marsha Catron said officials from DHS and the State Department are reviewing the fiance visa program "to assess possible program enhancements." The administration is also reviewing the Visa Waiver Program, which allows most citizens from 38 countries to travel to the United States without applying for a visa.

Foreigners applying from countries recognized as home to Islamic extremists, such as Pakistan, undergo additional scrutiny before the State Department and Homeland Security Department approve permission for a visa. Malik had been living in Pakistan and visiting family in Saudi Arabia before she passed the background check and entered the U.S. in July 2014 with Syed Farook, a U.S. citizen whose family was originally from Pakistan.

The vetting process is similar to -- but less stringent than -- the process used to approve refugees from Syria. It is far more extensive than checks made for traditional tourist visas, Rosenblum said.

The FBI said last week that the shooting that killed 14 people and wounded nearly two dozen others is being investigated as a terrorist attack. Malik pledged allegiance to the Islamic State group and its leader under an alias account on Facebook just moments before she and Farook opened fire on a holiday banquet for his co-workers. Malik and Farook died in a gun battle with police hours later.

The FBI said Monday that Malik and Farook were radicalized and had been "for quite some time," though investigators are still trying to determine where, when and how that happened, and if anyone influenced them.

Now the question is: Did the government miss signs that Malik had been radicalized before she was approved for her visa?

Johnson said Monday it is too soon to know.

"That assumes, and this investigation is still under way, that there were flags that were raised or should have been raised in the process of her admission to the United States, and I am not prepared to say that and I'm not prepared to make that declaration," Johnson said.