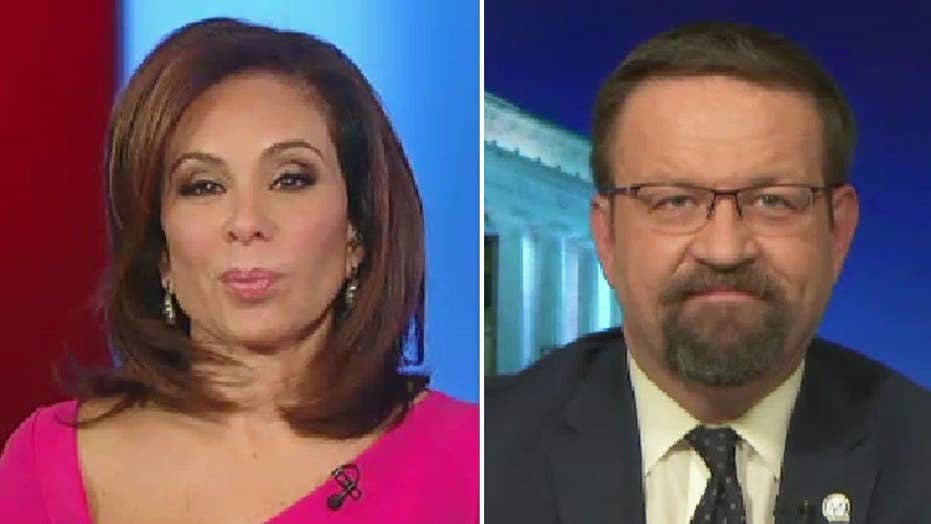 SAN DIEGO – A surge in border crossings and a lack of immigration jail space have prompted the federal government to start releasing Haitian immigrants who have been entering the country in large numbers in recent months, backtracking on a pledge to jail the migrants.

A U.S. government official told The Associated Press that the decision to free Haitians arriving in Arizona and California is in response to a lack of jail space. The official said releasing immigrants with orders to report later to immigration court is a tactic used when detention space is scarce, under certain humanitarian conditions or as part of efforts to keep families together.

Before the Haitians are released, they are subjected to a criminal background and national security check. The official was not authorized to discuss the matter publicly and insisted on speaking on condition of anonymity.

The influx of migrants and lack of jail space on the border will be one of the most immediate immigration challenges for President-elect Donald Trump, whose hard-line rhetoric on the issue won over conservatives and contributed to his historic upset last week. Trump vowed to build a wall on the border and carry out mass deportations.

Thousands of Haitians have arrived at the U.S. border with Mexico in recent months, many after traveling 7,000 miles by foot, taxi and bus from Brazil through eight nations. They present themselves to U.S. border inspectors, often at San Diego's San Ysidro port of entry, the nation's busiest crossing.

About 5,000 Haitians had showed up at San Ysidro from October 2015 through late September, overwhelming border inspectors. Immigration and Customs Enforcement Director Sarah Saldana said at a recent congressional hearing that officials told her on a trip to Central America that 40,000 more were on their way.

The Department of Homeland Security last week said there were about 41,000 people in immigration detention facilities, compared to a typical population of 31,000 to 34,000. Secretary Jeh Johnson authorized the acquisition of more bed space for single adults.

The move reverses Johnson's recently announced plans to detain Haitians during deportation proceedings. In late September, Homeland Security began putting Haitians in detention before sending them back to the homeland they fled.

It was unclear how many Haitians have been released since the change. The Department of Homeland Security did not immediately respond to a request for comment.

The large numbers of Haitians arriving in California and Arizona, and Central Americans coming across in Texas have put a tremendous strain on the system.

Customs and Border Protection announced Thursday it was opening a new temporary processing center in an El Paso, Texas, suburb.

The facility in Tornillo, Texas, will be used to process families and minors and can hold up to 500 people. It will be up and running within a week.

The decision to release Haitians will likely add to the growing backlog of more than half-a-million cases already pending in immigration court. That backlog has effectively meant that immigrants routinely wait years for a judge to decide if they should be kicked out of the country.

At a bus station in Phoenix on Thursday, several Central American women said authorities released them on condition that they promise to appear in immigration court. Yarely Cobon of Guatemala was wearing an ankle monitor and was with her 4-year-old daughter.

Cobon, 22, said she left Guatemala over three weeks ago and crossed the border in Texas. She turned herself in to the Border Patrol and was detained for about six days. Her family paid for a bus ticket to join them in Los Angeles, where she has a court hearing next week.

Cobon said the Border Patrol holding cell where she was held with her daughter was packed with women in children. She called it a "hielero" -- a Spanish term for "freezer" that migrants use to describe the extremely cold holding cells.

Ana Lidia Dubon Martinez is nearly eight months pregnant with twins and left Honduras with her 11-year-old brother almost a month ago. The pair swam across the river in Matamoros, Mexico, and turned themselves in to border agents in the U.S.

Dubon Martinez is headed to Los Angeles via bus.

The U.S. policy shift announced in September lifted special protections that Haitians got after their country's 2010 earthquake and treats them like immigrants from other countries and regions, including Mexico and Central America. Central Americans, particularly adult men, are often detained until they can be flown home. Mexicans are typically turned around immediately, made possible by their country's shared border with the U.S.

Women with children such as Cobon and Martinez are often released and given a court date similar to how the government is handling the Haitians.

The new posture hit hurdles when a powerful hurricane struck Haiti, raising more questions about the ability of the Caribbean nation to accept large numbers of its people. The U.S. temporarily suspended deportation flights to Haiti on Oct. 4 but Johnson vowed that Haitians would continue to be detained.