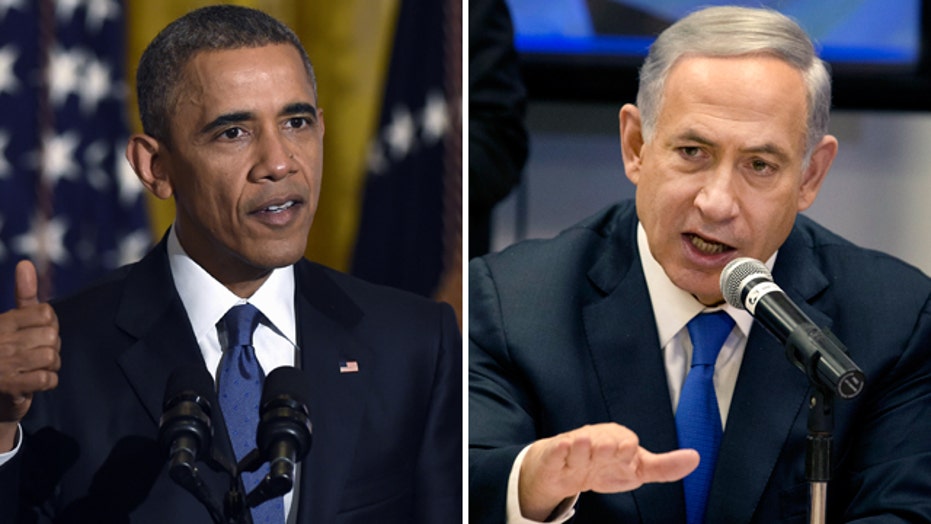 The U.S. exerted new pressure against Israel by leaving open the possibility of letting the United Nations set a deadline for a Palestinian state, in what would be a departure from using American veto power to protect its close Mideast ally.

The prospect of a U.N. Security Council resolution arose Friday when French Foreign Minister Laurent Fabius said Paris would introduce a measure setting a deadline for a negotiated settlement of the conflict and the establishment of a Palestinian state alongside Israel, possibly within two years.

On dozens of occasions in recent decades, the U.S. has lobbied against approval of such resolutions, using its veto authority as a permanent member of the Security Council as a last resort. In response to past resolutions concerning the Middle East, the White House has echoed Israel’s contention that U.N. action cannot substitute for direct negotiations.

But the White House took a markedly different tack on Friday. Press secretary Josh Earnest said the Obama administration was aware of Mr. Fabius’s comments. “But we have not yet actually seen a text of a resolution so I’d reserve comment on a hypothetical resolution,” he said.

While he didn’t indicate whether the U.S. would actively favor such a resolution, the absence of any dissuasion was telling. White House officials didn’t elaborate on the Obama administration’s position.

If the U.S. were to abstain from voting on the resolution it could still pass if it gained the required nine-vote majority, further isolating Israel and fanning international criticism against it.

The adoption of such a resolution wouldn’t be expected to have an immediate impact on Israeli policy but would add to the mounting pressure.