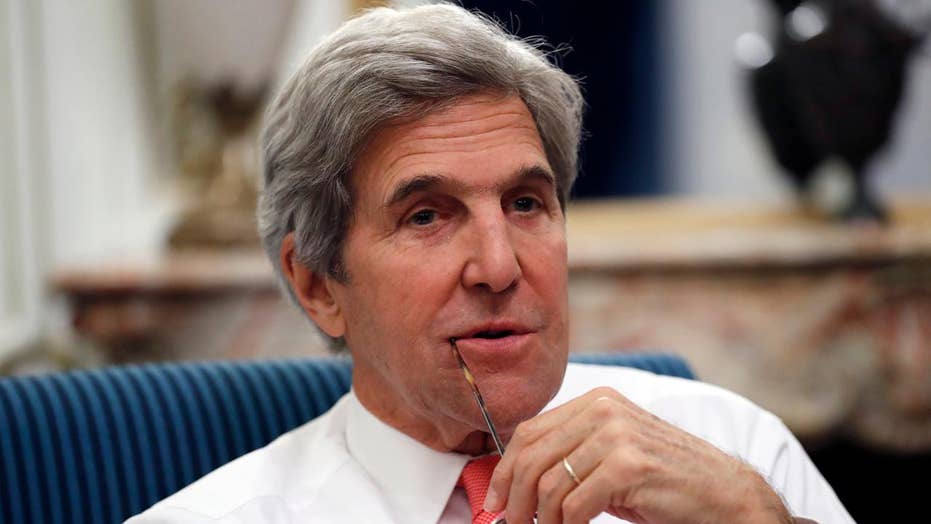 GOP lawmakers had blocked the money

Officials said Monday that the Obama administration-- in its waning hours-- defied Republican opposition and quietly released $221 million to the Palestinian Authority that GOP members of Congress had been blocking.

A State Department official and several congressional aides told The Associated Press that the outgoing administration formally notified Congress it would spend the money Friday morning.

The official said former Secretary of State John Kerry had informed some lawmakers of the move shortly before he left the State Department for the last time Thursday.

In addition to the $221 million for the Palestinians, the Obama administration also told Congress on Friday it was going ahead with the release of another $6 million in foreign affairs spending, including $4 million for climate change programs and $1.25 million for U.N. organizations, the congressional aides said.

The aides and the State Department official weren't authorized to speak publicly on the matter and demanded anonymity.

Congress had initially approved the Palestinian funding in budget years 2015 and 2016, but at least two GOP lawmakers — Ed Royce of California, the chairman of the House Foreign Affairs Committee, and Kay Granger of Texas, who sits on the House Appropriations Committee — had placed holds on it over moves the Palestinian Authority had taken to seek membership in international organizations.

Congressional holds are generally respected by the executive branch but are not legally binding after funds have been allocated.

The Obama administration had for some time been pressing for the release of the money for the Palestinian Authority, which comes from the U.S.

Agency for International Development and is to be used for humanitarian aid in the West Bank and Gaza, to support political and security reforms as well as help prepare for good governance and the rule of law in a future Palestinian state, according to the notification sent to Congress.

The Palestinian funding is likely to draw anger from some in Congress as well as the Trump White House. Trump has vowed to be a strong supporter of Israel and has invited Israeli Prime Minister Benjamin Netanyahu to visit Washington next month.

Some of Trump’s incoming administration has been split on whether to move the U.S. Embassy to Jerusalem.

The Washington Post noted that most of the world doesn’t recognize Jerusalem as Israel’s capital. East Jerusalem is also considered “occupied territory,” which Palestinians hope to call their capital if a two-state solution is ever reached.

Trump’s next ambassador to Israel, David Friedman, supports Israeli settlements and other changes to U.S. policies in the region.

Friedman said he looked forward to carrying out his duties from "the U.S. embassy in Israel's eternal capital, Jerusalem," even though the embassy is in Tel Aviv.  Trump advisers have said that the president-elect will follow through on his call for moving the embassy.