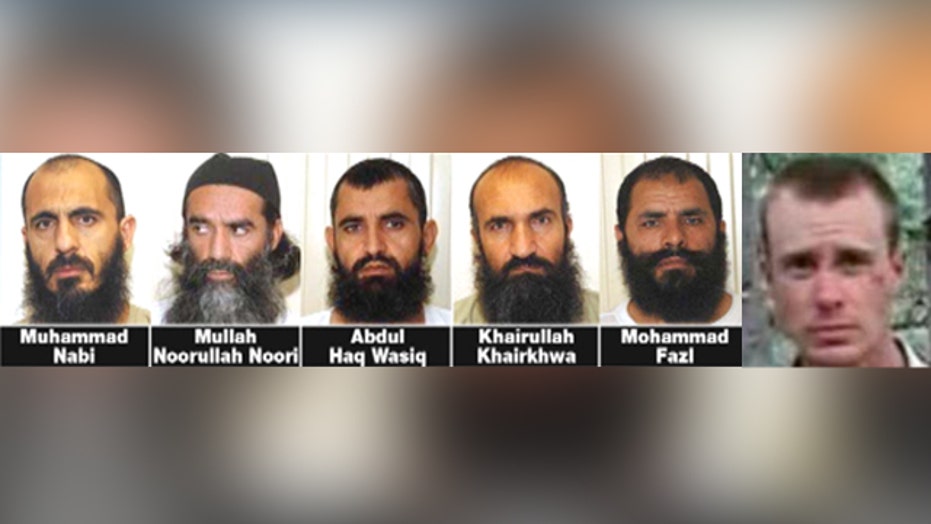 WASHINGTON – The Obama administration is closing in on an agreement with Qatar to extend travel bans for five senior Taliban leaders released last year from the prison at Guantanamo Bay, Cuba, in exchange for Sgt. Bowe Bergdahl, U.S. officials said Friday.

A deal now being negotiated with Qatar would see the restrictions that expire Monday extended for another six months, the officials said. If the talks are successful, the agreement could be announced over the weekend, according to the officials who spoke on condition of anonymity because they were not authorized to publicly speak to the matter.

The White House on Friday acknowledged that discussions were underway with Qatar as to how the former detainees should be handled but refused to divulge details.

"The United States has been in touch with our partners in Qatar about the kind of steps that we believe are important to protecting the national security of the American people," press secretary Josh Earnest told reporters.

Under the terms of the May 2014 exchange, the five detainees were sent to Qatar, where government officials agreed to monitor their activities and prevent them from traveling out of the country for one year. In return, Bergdahl, who had been held captive by the Taliban for nearly five years after walking away from his Army post in Afghanistan, was released to the U.S. military. He recently was charged with desertion.

At least one of the five allegedly contacted militants during the past year while in Qatar. No details have been disclosed about that contact, but the White House confirmed that one was put under enhanced surveillance.

One or more of the detainees met with some members of the al-Qaida-affiliated Haqqani militant group in Qatar earlier in the year, according to Sen. Lindsey Graham, R-S.C. That was an indication that the group was reaching out to communicate with the so-called Taliban Five, said Graham, who predicted all five will rejoin the fight.

Four of the five former detainees remain on the United Nations' blacklist, which freezes their assets and has them under a separate travel ban. But the U.N. itself has acknowledged that its travel ban has been violated. In a report late last year, the U.N. sanctions committee stated, "Regrettably, the monitoring team continues to receive a steady — albeit officially unconfirmed — flow of media reports indicating that some listed individuals have become increasingly adept at circumventing the sanctions measures, the travel ban in particular."

The State Department insists that U.S. officials work to mitigate the risk of former Guantanamo detainees returning to the fight, threatening Americans or jeopardizing U.S. national security. U.S. officials have noted in the past that the five Taliban leaders are middle-aged or older, were former officials in the Taliban government and probably wouldn't be seen again on any battlefield, although they could continue to be active members of the Taliban.

Members of Congress have repeatedly expressed concern about what will happen after the travel ban expires and criticized the administration for releasing the five in the first place. They have asked the Obama administration to try to persuade Qatar to extend the monitoring.

Many lawmakers from both parties disapproved when the five Guantanamo detainees were swapped for Bergdahl. They complained that the White House did not give Congress a 30-day notification of the transfer, which is required by law. The White House said it couldn't wait 30 days because Bergdahl's life was endangered.

After the transfer, the House Armed Services Committee demanded the Pentagon release internal documents about the swap. The committee received hundreds, but lawmakers complained that they were heavily redacted. The committee inserted language in the fiscal 2016 defense policy bill that threatens to cut Pentagon spending by about $500 million if the Defense Department doesn't provide additional information about the exchange.

On Friday, lawmakers stepped up their calls.

"This release was a complete overreach by the White House, ignoring U.S. law," said Rep. Ed Royce, R-Calif., the chairman of the House Foreign Affairs Committee. "Already over the past year, it's been reported that the flimsy 'security assurances' in Qatar have been violated, jeopardizing our security. In a few days, these assurances disappear and Taliban leaders will be free to return to the battlefield, putting U.S. security interests and Americans at risk."