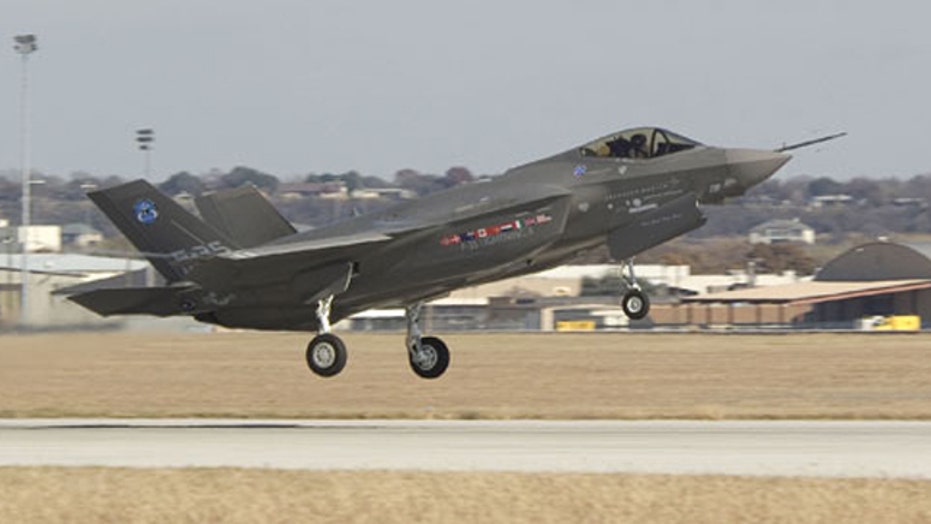 The U.S. military has grounded its fleet of F-35s after one of the planes was damaged in a runway fire last month, the Pentagon said Thursday.

Pentagon Press Secretary Rear Admiral John Kirby said in a statement that initial findings in the investigation into the fire have led the military to ground the fleet and order more inspections of the jets' engines. He said the root cause of the fire is still under investigation.

The investigation was launched after an F-35 was damaged in a “significant” fire on the runway at Eglin Air Force Base in Florida on June 23, the Air Force Times reported. The fire originated in the tail section of the plane as the pilot was conducting a training exercise.

Neither the pilot nor anyone else was injured, the Air Force Times reported.

The F-35's engine has been a source of intense controversy in recent years.

The current engine is made by Pratt & Whitney, but a significant battle raged in Capitol Hill in 2010 and 2011 over whether to fund a reserve engine, to be constructed by General Electric. President Obama and top military brass objected, saying they wanted to keep the F-35 budget as lean as possible.

Many lawmakers whose districts would have benefited economically from the backup engine project, including a number of Republicans, pushed for the GE engine. But ultimately, a majority of House Republicans and Democrats joined together to eliminate the reserve engine contract.