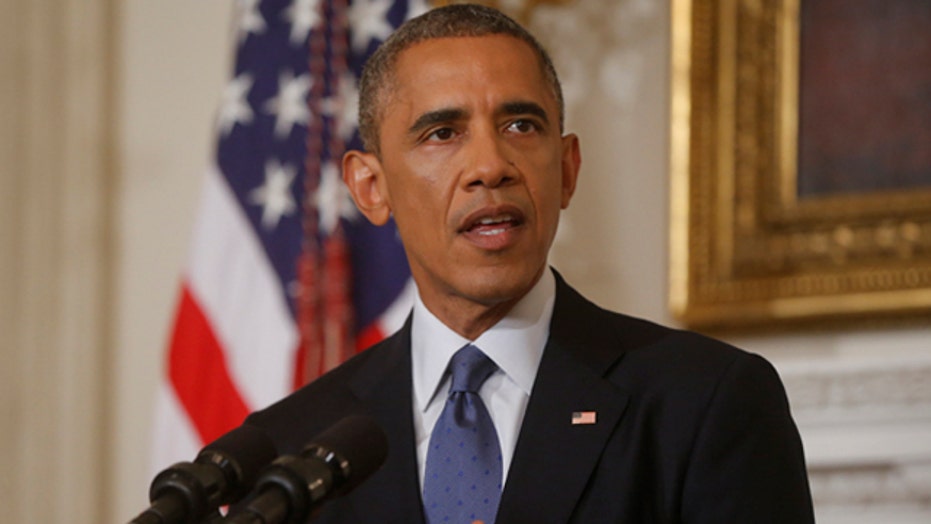 U.S. military ramping up its involvement in Iraq

The United States launched another round of air strikes Sunday against Islamic militants in Iraq, destroying several armed vehicles, according to the Defense Department.

The five attacks by U.S. fighter jets and drones destroyed four armed Islamic State vehicles -- starting with one that was firing on Kurdish forces near the city of Irbil.

On Sunday, the second strike hit an armed truck trying to leave the vicinity of the first truck, and an Islamic State “mortar position” was destroyed about an hour later, U.S. Central Command said.

The fourth strike occurred at about 5:45 a.m. when a U.S. aircraft fired and hit another Islamic State armed vehicle.

The fifth-and-final strike, at 7:25 a.m., damaged another one of the group's armed vehicles.

Officials said the missions were successful and that “all aircraft exited the strike areas safely.”

The air strikes follow four Saturday including one that hit an Islamic State armored personnel carrier, bringing the total number of reported strikes to 10 since Friday.

The weekend strikes came as President Obama prepared Americans for a sustained military involvement in Iraq, saying Saturday that the United States is ready to continue with air strikes to protect U.S. diplomats and citizens and others under attack from the Islamic State.

"I don't think we’re going to solve this problem in weeks," the president said on the South Lawn of the White House. “This is going to be a long-term project.”

The Islamic State extremists have captured hundreds of Yazidi women, according to an Iraqi official, while thousands of other civilians, including Kurds and Christians, have fled into the mountains and elsewhere as the militants in recent days have seized a string of northern towns and villages.

Yazidis belong to ancient religion seen by the Islamic State group as heretical. The extremist group considers Shiite Muslims apostates, and has demanded Christians either convert to Islam or pay a special tax.

Obama acknowledged Saturday that providing a "safe corridors" for those who face a potential “genocide” will be difficult.

"That may take some time," he said. "Moving them is not simple in this unstable environment."

The air strikes mark the deepest U.S. engagement in the country since the troop withdrawal in late 2011.

The latest mission in Iraq also has a humanitarian component.

U.S. cargo planes have since Friday reportedly made three airdrops of food and water for thousands of Iraqi citizens threatened by Islamic State.

England and France have also joined in the humanitarian effort.