The U.S. State Department on Wednesday expelled two Venezuelan diplomats, giving them 48 hours to leave the country, in retaliation for the socialist country’s decision to oust two top American officials a day earlier.

“This action is to reciprocate the Maduro regime’s decision to declare the Chargé d’Affaires and Deputy Chief of Mission of the U.S. Embassy in Caracas personae non grata,” the State Department said in a statement.

“The accusations behind the Maduro regime’s decision are unjustified; our Embassy officers have carried out their official duties responsibly and consistent with diplomatic practice and applicable provisions of the Vienna Convention on Diplomatic Relations. We reject any suggestion to the contrary,” it added.

Venezuelan President Nicolas Maduro announced the expulsion of two American diplomats on Tuesday, accusing them of conspiring against his government by urging opposition groups to ignore the election to make it illegitimate. 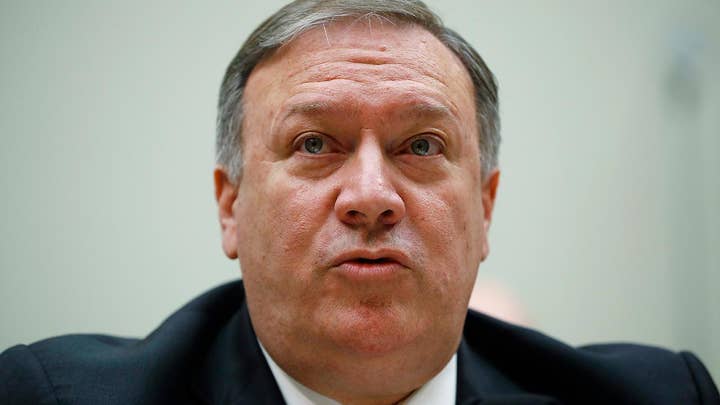 The retaliation came shortly after U.S. Secretary of State Mike Pompeo pledged to respond reciprocally against the regime in Venezuela.

“We will respond appropriately, certainly reciprocally, but perhaps more than that, perhaps proportionately,” he said. “We’re watching the Maduro regime continue to engage in destructive behavior for the Venezuelan people.”

The confrontation between the two countries came about after the Trump administration denounced the recent presidential election as “sham.” The European Union and several Latin American countries also said the election last Sunday did not meet democratic standards.

The administration also imposed new sanctions against the country, targeting the country’s key assets, including its resource-rich oil sector.

Fox News’ Lucia Suarez Sang and the Associated Press contributed to this report.