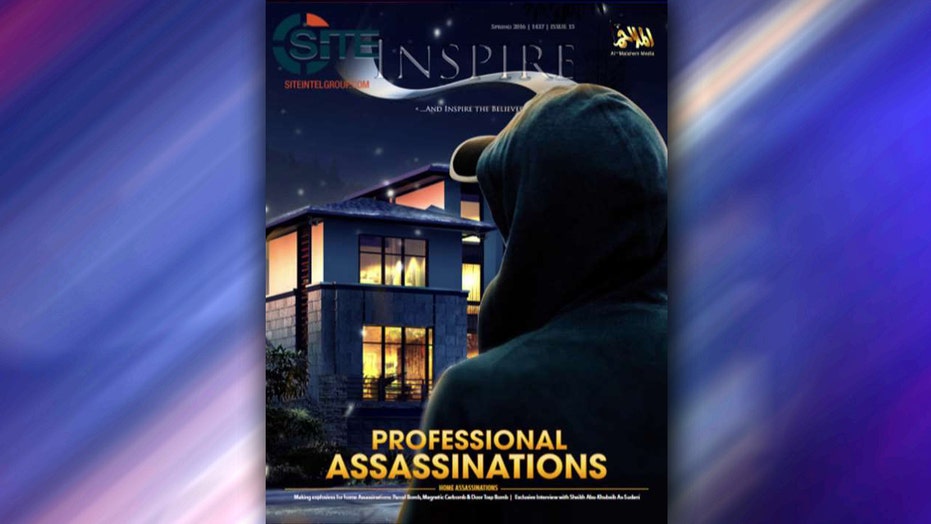 Terror magazine a reminder that Al Qaeda remains a threat?

Insight from Tom Joscelyn, senior fellow for the Foundation for Defense of Democracies

The agreement, a Homeland Security Presidential Directive 6 – or HSPD-6 – is a joint effort by the Obama Administration and Berlin to step up international counterterrorism efforts.

Johnson made the announcement alongside German Interior Minister Thomas de Maizière at a press conference in Washington, DC.

De Maizière will sign the HSPD-6 Wednesday morning with Attorney General Loretta Lynch at the Justice Department. The agreement is a direct result of the continued heightened terrorism threat environment posed by groups like ISIS and follows highly sophisticated terrorist attacks in Brussels and Paris.

Speaking at a Christian Science Monitor breakfast in April, Director of National Intelligence James Clapper acknowledged there being evidence of clandestine ISIS cells placed within the European Union. Clapper specifically acknowledged evidence of the group’s presence inside Germany and the U.K. He also noted the U.S. Intelligence Community continues to see evidence of plotting by ISIS in those same countries.

In his remarks at Tuesday’s press conference, Johnson praised the Germans for leading the EU in adopting a measure that gives European authorities access to airline passenger data – the Passenger Name Record (PNR) measure. He noted that he and Interior Minister de Maizière discussed efforts on the part of both nations to curb the flow of foreign fighters and counter the ISIS movement.

Asked by Fox News to comment on recent remarks by FBI Director James Comey of there being a lessened flow of foreign fighters leaving the U.S. to join ISIS in Iraq and Syria, Johnson agreed with the director’s assessment and said DHS is observing a similar trend. He, however, could not attribute that slowdown to any one specific thing. Instead, Johnson said that he hopes it is a result of joint homeland security efforts and the Countering Violent Extremism (CVE) movement here at home.

De Maizière said too that Germany has observed a slowdown in the number of individuals leaving Germany to join the so-called caliphate. He attributed that to a possible weakened fascination with ISIS before noting that 140 Germans have been killed on the ground with ISIS.

In addressing the HSPD-6 and other joint counterterrorism efforts between the U.S. and European nations, Secretary Johnson said that in light of recent attacks in the region he is seeing an increased resolve on the part of the EU to work more effectively with its U.S. partners.