The United States and Mexico look close to resolving key differences on the North American Free Trade Agreement and may have a complete deal worked out by as early as Monday, according to sources close to the talks.

Three people familiar with the progress told Bloomberg that there have been significant breakthroughs over the past few days on issues ranging from automobiles to energy, although it is unclear if any of the progress will be made public as Mexico’s Economy Minister Ildefonso Guajardo has said the country won’t make an announcement on NAFTA until Canada also signs on to a new deal.

White House Press Secretary Sarah Sanders said Sunday morning that the administration has “no announcements or anything finalized at this time,” despite President Trump’s enthusiastic tweet on Saturday that there could be a “big Trade Agreement” soon.

“Our relationship with Mexico is getting closer by the hour,” Trump tweeted. “Some really good people within both the new and old government, and all working closely together....A big Trade Agreement with Mexico could be happening soon!”

Despite Trump’s oftentimes contentious relationship with Mexico, his administration and that of outgoing Mexican President Enrique Peña Nieto have been working for the past five weeks to iron out their bilateral differences so Canada can rejoin the talks to update NAFTA. Both countries want to finalize an agreement this month so that it can be signed ahead of Mexican President-elect Andrés Manuel López Obrador’s inauguration in December.

One of the biggest issues on the negotiating table deals with car manufacturing jobs, as the Trump administration pushes for a deal that would boost factory employment in the U.S.

The U.S. on Thursday agreed to keep the 2.5 percent tariff currently applied under World Trade Organization rules if the cars are made at factories that already exist, which leaves open the possibility that automobiles that are built at new plants could face tariffs of 20 percent to 25 percent.

Trump has also signaled that he is open to negotiating trade deals with Mexico and Canada separately, while both countries have said they want to keep the three-nation trade deal that dates back to 1994. 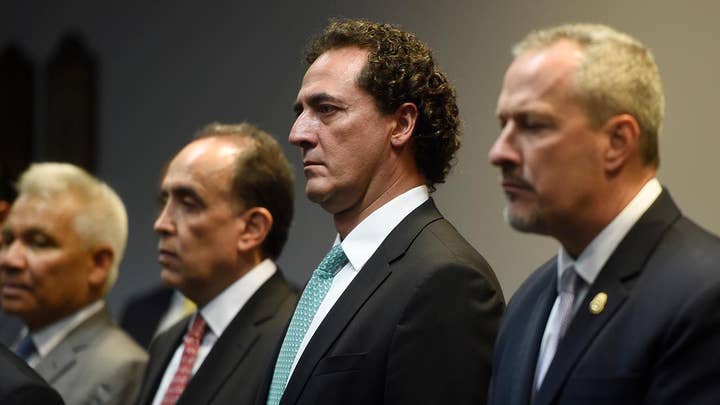 Earlier in August, Trump threatened Canada with auto tariffs if the U.S. and Canada can't forge a deal.

Canada responded with a statement Friday night, saying: "Our focus is unchanged. We'll keep standing up for Canadian interests as we work toward a modernized trilateral NAFTA agreement."

Adam Austen, a spokesman for Canada's foreign minister, added: "We're glad Mexico and the U.S. continue to work out their bilateral issues. It's the only way we'll get to a deal."