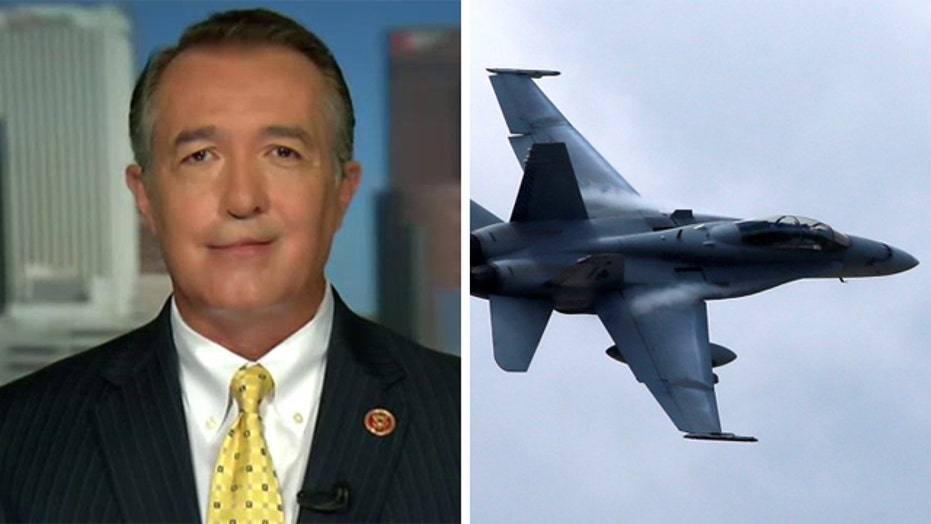 Is a US 'mission creep' underway in Iraq?

The U.S. military increased its air attack Sunday on Islamic State near the Iraqi city of Irbil and the Mosul Dam -- launching 14 strikes as part of a joint military effort to retake the critical dam from the militant group, U.S. officials said.

The weekend attacks were launched as Iraqi forces and Kurdish Peshmerga fighters mount an extensive ground operation to retake the dam, the largest in Iraq.

Fighter planes and drones have conducted at least 23 air strikes this weekend near the dam, in an urgent effort to recapture the facility from the violent militant group before members either let it fall into disrepair or intentionally open the gates and send a wave of floodwater into the nearby cities of Irbil and Mosul.

Gen. Tawfik Desty, a commander with the Kurdish forces at the dam, said his troops now control the eastern part of the dam and that fighting continues.

U.S. defense sources tell Fox News the fighting is far from over and that a "lengthy, multi-phase operation" will likely be needed to fully retake the dam.

In addition, a senior U.S. official said the effort to retake the damn is mostly a Kurdish Peshmerga operation.

The dam, which supplies water and electricity to northern Iraq, was seized on August 7 by the Islamic State, the militant group formerly known as ISIS.

A high-level Kurdish official in the Mosul area told Fox News that the Peshmerga fighters on Sunday also retook the town of Teleskof, in northern Iraq, and a few other surrounding villages.

The air strikes Sunday also included bomber planes and are part of the larger humanitarian effort to help Americans in Iraq and those being killed by Islamic State militants for their religious beliefs, according to U.S. Central Command.

On Sunday, he sent Congress a report notifying chamber leaders that he had authorized the air strikes to support Iraqi Security Force operations to retake and establish control over the dam, consistent with the War Powers Resolution.

The Kurdish-led offensive against the dam came amid reports of another massacre by Islamic State militants.

A senior U.S. defense official told Fox News that U.S. surveillance drones saw evidence of the massacre of dozens of Yazidi men. The U.S. military later struck two militant targets, killing some of those involved in the killings, the source said.

The Yazidis, a Kurdish-speaking ethnic and religious group that numbers in the hundreds of thousands in Iraq, has been persecuted in the north by Islamic State militants, with at least 500 killed before this weekend, according to Iraq's human rights minister.

The killings came a day after President Obama said U.S.-led air strikes had broken the siege by the militants against the minorities trapped on a mountain in northern Iraq. Obama made it clear the U.S. mission in the region is not over yet.

"We have striking evidence obtained from Yazidis fleeing Sinjar and some who escaped death, and also crime scene images that show indisputably that the gangs of the Islamic States have executed at least 500 Yazidis after seizing Sinjar," Sudani told Reuters on Sunday.

Sinjar is the ancient home of the Yazidis, but also one of several towns captured by the Sunni militants who view the community as "devil worshippers" and demand conversion to Islam under threat of death.

Fox News' Greg Palkot and Jennifer Griffin, Reuters and The Associated Press contributed to this report.