Strategy Room: Ellen Ratner and Ron Bonjean on the beginning of a long and bruising fight over TPP

WELLINGTON, New Zealand – Trade ministers from 12 Pacific Rim countries including the United States gathered Thursday in New Zealand for the ceremonial signing of a free-trade deal they say will significantly boost trade.

But for the pact to take force, each country must now ratify it through its domestic political process. Whether the politically divided U.S. will agree to it remains an open question.

The agreement covers a region responsible for about one-third of all world trade, although noticeably missing from the agreement is China, which is forging ahead with its own trade deals.

Proponents say the agreement will increase trade and make it more equitable by eliminating most tariffs and other barriers. But opponents say it will erode national sovereignty and hand too much power to U.S. corporations.

Many people in New Zealand remain opposed to the deal, and hundreds protested outside the Auckland venue where it was being signed, blocking traffic on some streets, while others protested in the capital, Wellington.

In the U.S., the agreement has been at the center of President Barack Obama's trade agenda, but while it is supported by business groups and many Republicans, Senate Majority Leader Mitch McConnell has not yet backed it and has suggested Congress shouldn't vote to ratify it until after the November elections.

New Zealand Prime Minister John Key said his country was proud to be involved in helping negotiate the deal over five years.

"The Trans-Pacific Partnership ultimately represents a giant vote of confidence in, and optimism for, the future prosperity of our economy and our people," he said.

As well as the U.S. and New Zealand, the countries who have signed the deal are Japan, Canada, Mexico, Australia, Malaysia, Singapore, Peru, Chile, Vietnam and Brunei. 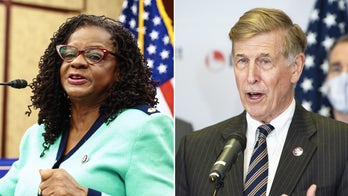