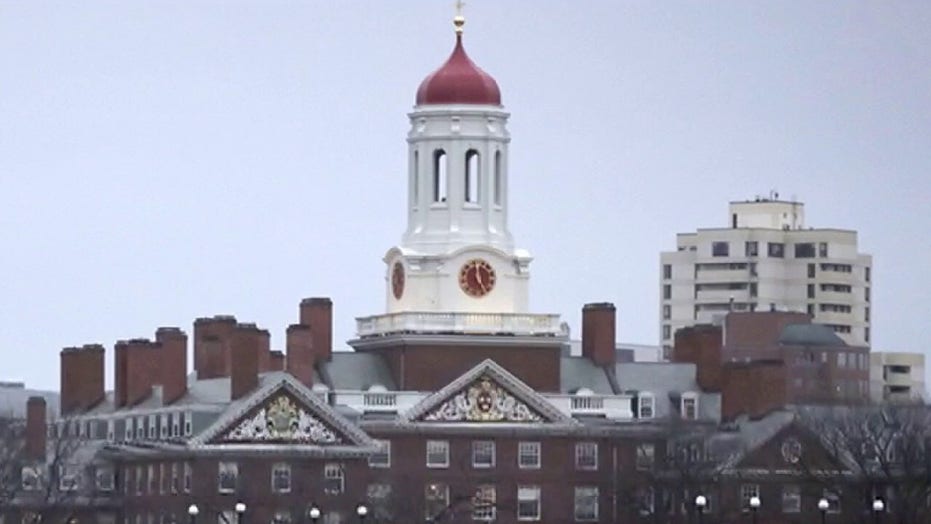 The University of Florida suspended multiple college conservative groups for allegedly not wearing masks at a joint group event on campus.

According to a confidential letter sent to the conservative groups, Turning Point USA (TPUSA), the Network of Enlightened Women (NEW) and the Young Americans for Freedom (YAF) were all suspended from the University of Florida’s campus after a "Conservative Coalition Cookout" event on Norman Field.

The letter alleged the groups had violated university COVID-19 policies during the event "by failing to wear appropriate face coverings and/or maintain appropriate physical distance."

Instagram posts by TPUSA, however, illustrate that the group reminded students to "don’t forget to bring a mask" to the event on campus, per the university’s guidelines. A later post by the group of the event shows them in masks.

University of Florida TPUSA chapter secretary Abby Streetman told Fox News that the group had "set up a couple tables on a field that is across the street from campus."

Streetman said she and the group’s leadership was in charge of handing out the food at the event and that they were "wearing [their] masks and not letting anyone else touch the plates or silverware and we weren’t letting people serve themselves."

"They were eating and taking their masks off to eat, but when we were playing sports and stuff we were spaced out and people were told to bring their masks through multiple Instagram posts," said Streetman.

Streetman said the email informing the groups of their suspension came two days after the event. She also said the College Republicans at the university — while not an officially recognized student organization — are "apparently… not allowed to hold events on campus."

"And we haven’t even been given the time frame for how long this will last, either," added Streetman.

Streetman told Fox News that fraternities and sororities have held events on campus where individuals have been caught mask-less and even led to COVID-19 cases, but have received only warnings.

"I am a part of UF Greek life and… during this year we started having Rush week in person, and there’s hundreds of girls and guys showing up in person to the houses. There have been multiple reported cases of COVID going through different fraternity and sorority houses on campus," said Streetman, adding that "no cases of COVID" had stemmed from TPUSA events on campus.

"We would just really like to see the university move forward in a more fair way and treat all organizations on campus the same way, including Greek life and all the student organizations like ours regardless of such," said Streetman.

She added that the group feels as though the university had been watching them like a hawk, waiting for a slip-up.

"It just feels like they have been watching us closely ever since the beginning hoping that they can find something to get us on," said Streetman. "And it just so happened that all four organizations were together at once."

"So they took advantage of that. We just really want to see them do better," she added.

Streetman also said that she has not been able to find Norman Field listed in the university’s use of space policy as a rentable space, which the school alleges in its letter "was not reserved or registered" by the group for the event.

"The president of the College Republicans said that he would reserve the field, is what I’ve heard, so that’s what we thought was going to happen," said Streetman. "We weren’t aware that you even had to reserve the field because it’s not listed as one of the spaces that you need to reserve beforehand."

PRINCETON PROFESSOR: STUDENTS ‘FORBIDDEN’ TO EXPRESS THEIR BELIEFS IN CLASS

She added that the field is one that people can go to and "hang out whenever they want."

"And they do so," said Streetman.

Streetman said the TPUSA chapter at the University of Florida is "canvassing on campus" and talking to students in the wake of the suspension and that the suspensions have gotten a lot of attention in the student body.

"This story apparently has gotten a lot of attention and I’ve gotten a lot of actually for once nice messages from people on campus saying they’re willing to help. Everyone in our group is saying that whatever we need, they’re here to help," said Streetman.

"We really just want to keep doing our meetings," she added, going onto say that the TPUSA chapter was still able to hold a meeting at a hotel off campus on the organization’s dime.

"We’re planning on holding bigger events, and if we have to do it off campus we will, but we’re not going to stop getting young voices and young, conservative minds together," said Streetman.

In a statement to Fox News, University of Florida spokesman Steve Orlando told Fox News that the university could not comment because the investigation was still underway.

"The investigation is still in process, therefore we cannot comment. However, the student organizations were placed on interim suspension, which includes the loss of all privileges and access to all campus resources and services, for a period of time, including, but not limited, to the use of university space, participation in university programs, activities, events and services, and registration of gatherings and events," said Orlando. "This measure was issued to protect the health, safety and welfare of the university community."

"University Regulation 4.040, details the process the University of Florida uses to respond to alleged violations of the Student Honor Code and the Student Conduct Code," Orlando added. "Information ranging from reporting potential concerns, the process followed to resolve the allegation, and the potential outcomes are all available within this Regulation."

Freshman Rep. Madison Cawthorn, R-N.C., weighed in on the suspensions on Twitter, saying that "Leftist at universities have always wanted to silence young conservatives."