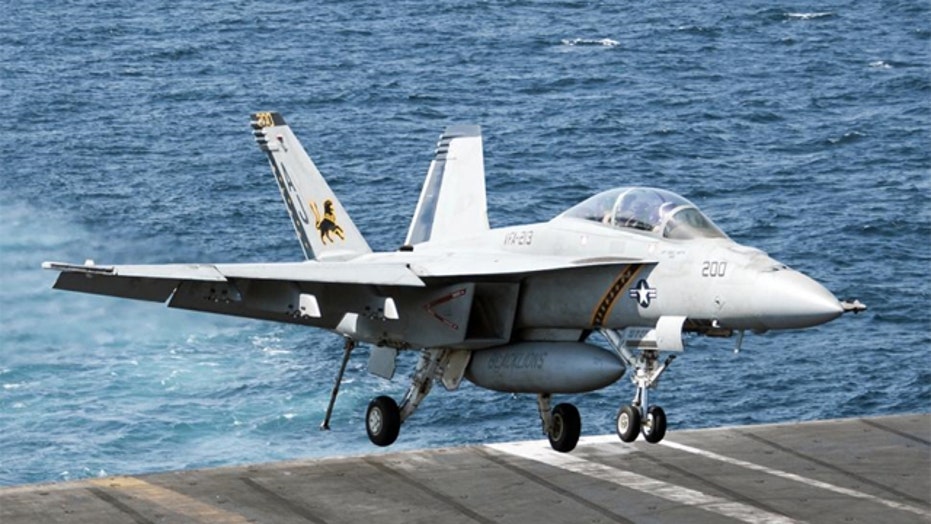 A key Arab partner in the U.S.-led coalition against the Islamic State stopped flying airstrike missions over Syria after a Jordanian pilot -- who was later killed -- was shot down in December, senior U.S. officials and diplomats from the region told Fox News.

The decision is a setback for the coalition, even as another member, Jordan, vows to ramp up airstrikes in the wake of its pilot being brutally executed by the Islamist terror group. The Obama administration, though, is facing mounting pressure to move more quickly to provide military equipment to Jordan to help the country respond.

According to U.S. lawmakers who met with King Abdullah II on Capitol Hill on Tuesday, the king asked for more military assistance.

"In the short term, he needs help. He intends to push back against ISIS, but he needs more fuel. He needs more bombs. He needs more equipment," Rep. Mac Thornberry, R-Texas, chairman of the House Armed Services Committee, said.

The developments represent new challenges for the Obama administration in leading the vital coalition against the Islamic State in both Iraq and Syria.

According to sources, the UAE stopped flying missions in December. Reports suggest it was because the U.S. did not have enough search-and-rescue assets positioned close enough, and the UAE was concerned about the ability to assist with downed planes. But long-time Middle East watchers say the reason might have more to do with domestic public opinion in the UAE.

White House Press Secretary Josh Earnest also said Wednesday that the Defense Department maintains that an "intensive airborne search was immediately initiated" after the Jordanian pilot was shot down.

"The simple fact of the matter is that we were not in a position to locate the pilot before he was picked up by ISIL forces," Earnest said.

He also downplayed the UAE's decision to suspend combat missions, stressing that they can contribute in other ways.

"I don't think people should take away from that announcement that the commitment from the Emiratis and other Arab countries in the region to this broader coalition has waned in any way. There's a very important role for the Emiratis to play in terms of the range of other aspects of our counter-ISIL strategy that requires broad international support," he said, pointing to humanitarian assistance for those who've been displaced and other ways.

Still, even after the UAE stopped flying the missions, the U.S. military has continued to suggest otherwise in its daily news releases about the air campaign. Each day it has stated, "Coalition nations conducting airstrikes in Syria include the U.S., Bahrain, Jordan, Saudi Arabia and the United Arab Emirates."

Asked about the UAE's current role, a spokesman at the U.S. Central Command, Maj. Brian Fickel, said, "We defer questions on coalition nation participation to those countries."

The New York Times was first to report the UAE's decision to stop conducting airstrikes. The Times reported that in suspending airstrikes again the Islamic State, the UAE cited fears for its pilots' safety after the Jordanian pilot was captured. A video this week showed the pilot, Lt. Muath Al-Kaseasbeh, being burned to death by his Islamic State captors. In the wake of that execution video, Jordan's government is expected to step up airstrikes in Syria.

But Republicans and Democrats pressed the Obama administration on Wednesday to move swiftly to provide aircraft parts, night-vision equipment and other weapons to Jordan.

All 26 members of the Senate Armed Services Committee wrote in a letter to Secretary of State John Kerry and Defense Secretary Chuck Hagel that Jordan's situation and the unanimity of the coalition battling the extremists "demands that we move with speed to ensure they receive the military materiel they require."

Abdullah met with the committee and other lawmakers as well as President Obama on Tuesday.

In the current year, the United States is providing Jordan with $1 billion in economic and military assistance. The Defense Department is also giving an unspecified amount of help to Jordan to secure its border with Syria. Islamic militants have grabbed significant swaths of territory in Syria and Iraq.

The senators said Abdullah expressed his gratitude for the U.S. aid, but "we were concerned to hear from the king that Jordan is experiencing complications and delays in obtaining certain types of military equipment through our foreign military sales system."

"Specifically, Jordan is seeking to obtain aircraft parts, additional night vision equipment and precision munitions that the king feels he needs to secure his border and robustly execute combat air missions into Syria," the senators wrote.

The lawmakers also asked for a briefing for congressional staff no later than Feb. 13 for a status report on efforts to expedite aid.

At the White House, Earnest said the administration would consider any aid package put forward by Congress, but that the White House would be looking for a specific request from Jordan's government.