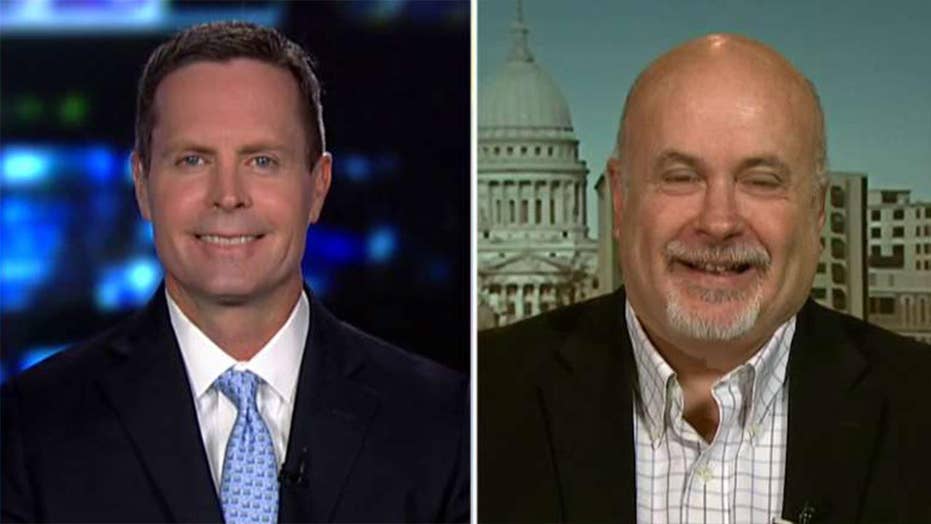 House Republicans and Democrats have found one more thing to disagree on: Canadian rock band Nickelback.

Reps. Randy Davis, R-Ill., and Mark Pocan, D-Wis., were debating a criminal justice amendment to end the practice of prison gerrymandering on Thursday. Pocan had cited that only four people out 77,000 wanted to keep a particular provision in the body when the conversation shifted to the merits of the six-time Grammy-nominated group.

“That's probably about the percent of people who think Nickelback is their favorite band in this country. It's pretty low,” Pocan said, before seeing Davis’ reaction. “And I think if you look at – Nickelback's your favorite band? I apologize to the gentleman."

Davis, who spoke against the amendment, playfully shot back: "Why would you criticize one of the greatest bands of the '90's?" He then admitted to having a Nickelback song on his running playlist.

"Wow. Alright," Pocan said. "One more reason there's a difference between Democrats and Republicans clearly found on the floor of Congress today."

Pocan commended the Republican’s “brave admission” of Nickelback fandom as the chamber enjoyed a laugh at this latest division between the two parties and agreed to the amendment by voice vote, WLS-TV reported.