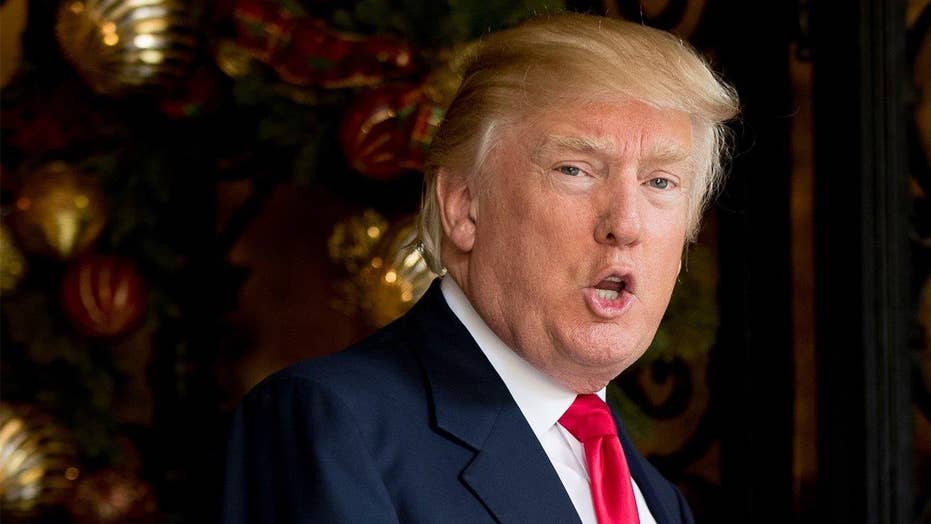 President-elect Donald Trump’s outsider candidacy defied all political convention during the 2016 campaign – and with two weeks to go until he’s inaugurated, the billionaire tycoon already is breaking the mold of the presidency itself.

He proved this once again this week as he deployed his Twitter feed to jawbone Republican colleagues into backing off a controversial ethics rule change and to pressure automakers to keep jobs in America.

The prospect of the president governing, negotiating and conducting foreign policy by tweet has riled Trump's critics. But like it or not, his social media megaphone is just one way the president-elect is changing the nature of the Oval Office, before President Obama even finishes his term.

The American president often is referred to as having the “bully pulpit” – the power and visibility of the office to advance an agenda. Trump will have that, plus a growing “Twitter pulpit” speaking directly to his roughly 19 million followers.

From the very start of the 115th Congress, Trump used social media to help get Republican colleagues to back off their ethics overhaul.

House Republicans already were facing a public backlash and tough media scrutiny over plans to reduce the independence of the Office of Congressional Ethics. While Trump conceded the office was “unfair,” he questioned why it was so high on the House agenda.

With all that Congress has to work on, do they really have to make the weakening of the Independent Ethics Watchdog, as unfair as it

........may be, their number one act and priority. Focus on tax reform, healthcare and so many other things of far greater importance! #DTS

Trump also is using the platform to pressure businesses to keep jobs in the U.S. After he tweeted earlier this week that he'd seek a "border tax" for General Motors for making a model of the Chevy Cruze in Mexico, he turned his attention Thursday to Toyota.

Toyota responded: "Toyota has been part of the cultural fabric in the U.S. for nearly 60 years. Production volume or employment in the U.S. will not decrease as a result of our new plant in Guanajuato, Mexico announced in April 2015. With more than $21.9 billion direct investment in the U.S., 10 manufacturing facilities, 1,500 dealerships and 136,000 employees, Toyota looks forward to collaborating with the Trump Administration to serve in the best interests of consumers and the automotive industry."

Even before that, Trump was using Twitter for what some saw as diplomatic gamesmanship. He announced in December he had spoken to the president of Taiwan – which provoked anger from China. And just last week, he praised Russian President Vladimir Putin for not responding in kind to President Obama’s sanctions on the country – calling him “very smart.”

FDR pioneered the use of radio in the presidency. JFK used television to great effect. And @RealDonaldTrump has Twitter.

Trump also has used Twitter as part of his muscle to blast government contracts he sees as problematic.

The “Art of the Deal” author took the unusual step of delving into contract negotiations within weeks of winning the election by threatening to seek the cancellation of a Boeing deal for the new Air Force One.

Boeing has since vowed to reduce the cost.

Trump used a similar tactic against Lockheed Martin, saying its F-35 was too expensive, and has asked Boeing for an estimate on “a comparable F-18 Super Hornet!”

The tweets have had an impact by themselves, with Lockheed’s stocks tumbling in the wake of Trump's complaints. It remains to be seen how successful the tactic will be, but it could put pressure on companies to jump at White House requests quickly in order to avoid being publicly attacked on Twitter.

Expect Jan. 20 to still bring the pomp – but the inaugural balls themselves reportedly are being cut down.

The Daily Mail reported that Trump wants to reduce the number of balls from Obama’s 10 in 2009 to just three. The Mail reports he wants just two official inaugural balls with a separate ball to celebrate military members and first responders.

TMZ reports that Trump also is planning on one of those balls having a New York City theme, complete with cutouts of the Empire State Building and the Statue of Liberty.

He has repeatedly said he is not interested in “so-called ‘A’ list celebrities” attending, saying he instead wants “the people!”

This may be in part because many of those celebrities have been outspoken critics of Trump and overwhelmingly backed opponent Hillary Clinton during the campaign.

Where does the president of the United States live? The White House.

This elementary-school civics answer could get an important caveat in the Trump administration, as he considers spending at least some time at his Trump Tower home and headquarters in downtown Manhattan. The New York Times reported in November that Trump is believed to be talking to advisers about splitting his time between the two residences.

On the business side, the most notable pick is Exxon CEO Rex Tillerson, whom Trump tapped for secretary of State in part based on his record doing deals in hot spots like Russia and parts of the Middle East. Trump also is nominating CKE Restaurants boss Andrew Puzder for Labor secretary, investor Wilbur Ross for Commerce secretary, and Wall Street financier Steven Mnuchin for Treasury secretary.

WHO'S WHO ON TRUMP'S TEAM

Some of these picks have raised concerns from Senate Minority Leader Chuck Schumer, D-N.Y., who cited Tillerson, Ross, Mnuchin and Puzder as four of the eight “most troublesome” of Trump’s picks, and indicated Senate Democrats are likely to oppose the nominations.