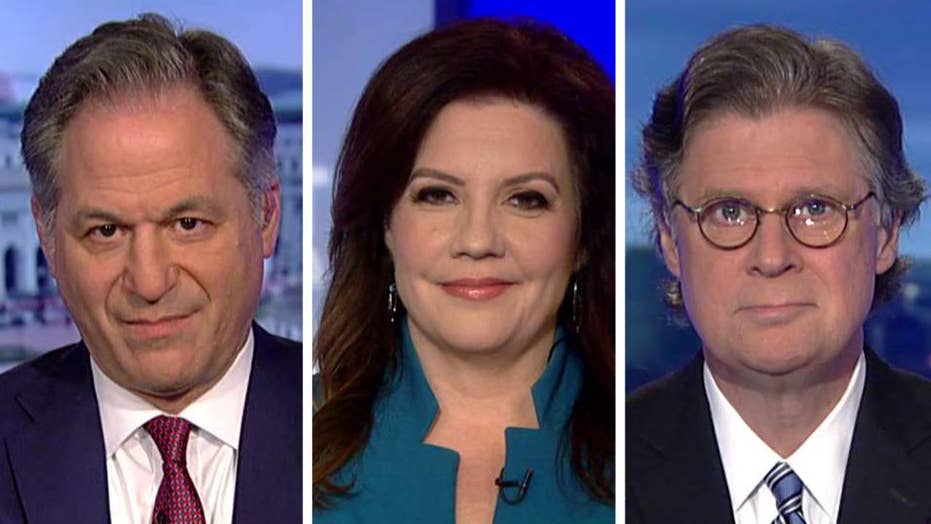 Inaction by Congress as the crisis at the U.S.-Mexico border nears a boiling point is more damaging than any idea President Trump has floated in recent days, the Federalist senior editor Mollie Hemingway said Friday.

Last week, Trump threatened to shut down the border if Mexico refused to take action against the Central American migrants traveling through that country on the way to the U.S. to try and claim asylum. The president also floated the idea of using tariffs as a deterrent.

Hemingway began by pointing out that critics get upset when Trump tries to act “unilaterally,” without support from Congress.

“We really do have a crisis," Hemingway observed. "Congress did not want to address [immigration] seriously this year during the shutdown. They haven’t wanted to address it seriously for the past several decades.

“This is not just a Democrat problem or a Republican problem," she continued. "This is a bipartisan failure that goes back decades. So it sounds like Donald Trump is saying a bunch of crazy stuff -- shutting down the border, tariffs and whatnot. Why a lot of people think this is crazy is that nobody is doing anything to address the problem because the situation is fine. I mean, the open-borders policy is largely fine for a lot of the people who are elite and so they don’t feel the incentive to do anything.”

"This is not just a Democrat problem or a Republican problem. This is a bipartisan failure that goes back decades."

Hemingway added that Trump’s threats were “finally incentivizing people” to make changes on immigration that they’ve been “reluctant to do for decades.”

York told the panel that Trump is “trying to get some sort of traction”  to address the “real” emergency taking place at the border, adding that the inaction led the president to celebrate the progress made on barrier construction.

Meanwhile, Lane noted that Trump’s trade agreements with Mexico have not made “great progress” in passing Congress and that they're being “held hostage” by “partisan deadlock.”