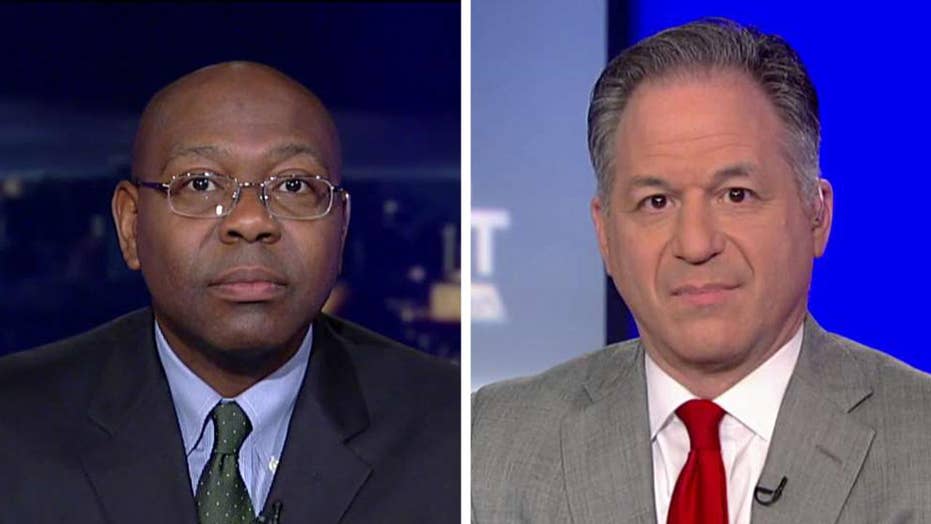 President Trump’s recent remarks about the Otto Warmbier case are the latest example of a “chronic problem” Trump has yet to overcome, Washington Post opinion writer Charles Lane argued Friday.

During a news conference Thursday in Hanoi, Trump told reporters that he took North Korean leader Kim Jong Un at his word that he was unaware about the imprisonment of  Warmbier, an American college student who was detained for 17 months -- and then died one week after his release.

Lane began by noting that during Trump’s tribute to the Warmbier family in his 2018 State of the Union address, the president never directly placed blame on Kim, but on the Pyongyang "dictatorship."

“He’s been trying to sort of shield Kim from blame for this all along," Lane argued, referring to Trump. "The thing that was different this time, he seemed to go an extra step at assert that, ‘Oh he wouldn’t have wanted to do that because it wouldn’t have been to his advantage.' It was almost like [Trump was] lawyering on his [Kim's] behalf.”

Lane added that Trump has had a “chronic problem” with how he talks about human rights abuses ever since his 2016 presidential campaign. He pointed to Trump's defense of Saudi Arabia after the death of writer Jamal Khashoggi and to Russia’s efforts to disrupt the 2016 election.

After Trump made this week's Warmbier remarks, Riley told the panel, the White House realized it had to “walk this back,” especially because Warmbier’s family issued a statement that placed blamed squarely on Kim.

“Kim Jong Un basically took the position that the Crown Prince of Saudi Arabia took, which is, ‘These were rogue underlings. I really didn’t know anything about it. I’m very, very sorry,'" Riley said. "But we all know that in countries like North Korea and Saudi Arabia, nothing happens without the leadership at the top knowing about it. So they’re obviously lying about this."

Meanwhile, Continetti said that with the collapse of the Hanoi summit, Trump has now experienced the “limits” of personal diplomacy -- and instead of denuclearization, the president may view a “ratcheting down of tensions” as a more realistic end goal with North Korea.

“He has to keep in mind who Kim is, who the North Korean regime are," Continetti told the panel. "And they are the world’s most chronic and terrible violators of human rights."