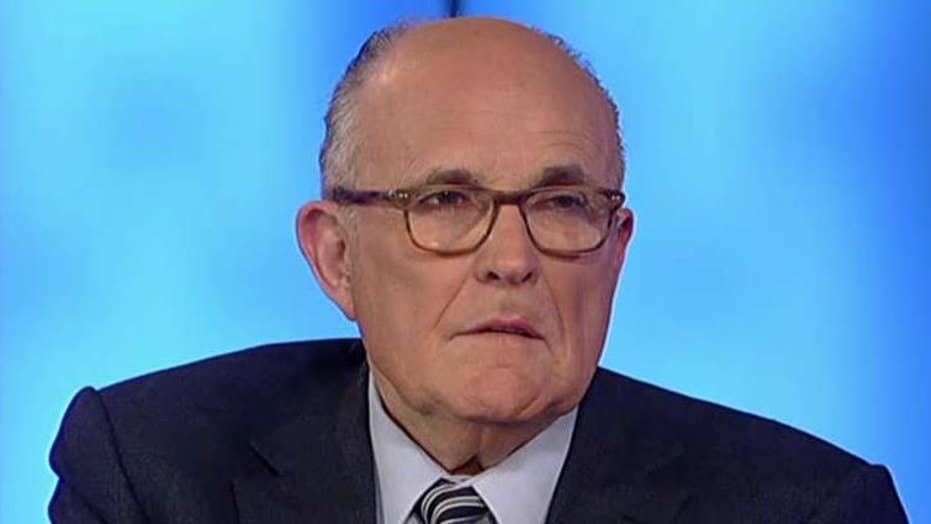 Donald Trump ran his winning presidential campaign with the help of a tight-knit circle of close advisers. He won’t have that luxury once he takes control of the federal government.

Instead of an intimate cadre of family members and loyal aides, Trump will need to expand his circle – choosing over a dozen Cabinet secretaries, filling out a team of senior strategists to run his White House and making thousands of other lesser appointments.

The speculation over who will compose that team heated up the moment Trump was declared the victor in Tuesday’s election. Prospects for key posts have given maddeningly mixed messages, some expressing interest and others disavowing it.

Trump and his transition team, meanwhile, already are hard at work. Trump, after meeting with President Obama in Washington, tweeted Friday:

So how much different will the Trump administration really be?

Trump campaign aides are suggesting the Cabinet would “be a mix” of outsiders and more traditional choices.

“Keep in mind, this campaign was an outsider campaign, so it would be foolish to go ahead place a bunch of Washington, D.C., insiders into D.C. roles,” a senior aide told reporters on VP-elect Mike Pence’s flight from New York to D.C. on Thursday.

The following is a cheat sheet of possible considerations so far for Trump’s Cabinet and White House positions:

Former U.N. Ambassador John Bolton, former House Speaker Newt Gingrich and Tennessee Sen. Bob Corker are at the center of speculation as to who would lead world affairs in a Trump administration.

Bolton, who served as U.N. ambassador under George W. Bush and is a senior fellow at the American Enterprise Institute, is reportedly one of the top candidates. Trump told radio host Hugh Hewitt back in August that Bolton would be under consideration, saying, "He was very good in defending me in some of my views, and very, very strong."

Gingrich, who was on the short-list for Trump’s VP spot, is almost certain to serve in the administration in some capacity. The question is where.

"I would like to be sort of a senior planner, trying to think through how we fundamentally, at the most basic levels, restructure the federal government," Gingrich said. Gingrich suggested a Cabinet post would preclude him from playing such a role, saying, "I don't think it's possible to do one of the major jobs -- you know, running one of the departments -- and think strategically."

Corker, who heads the Senate Foreign Relations Committee, endorsed Trump over the summer and has expressed interest in the secretary of state post.

Foreign Relations Richard Haass is another name floating around for the lead diplomat position.

Alabama Sen. Jeff Sessions is one top official speculated to be in consideration for the lead spot at the Pentagon. Sessions, who was the first U.S. senator to endorse Trump in the primaries, serves on the Senate Committee on Armed Services and chairs the Strategic Forces subcommittee.

Retired Lt. Gen. Michael Flynn, an important figure in giving Trump’s military strategy legitimacy throughout his campaign, is also being floated for the position. However, his nomination would require a congressional waiver as law stipulates retired military personnel must wait seven years before taking the defense secretary position.

Rudy Giuliani, the former New York City mayor, has expressed interest in the position and is being touted as a leading candidate for the job. Prior to his tenure as mayor, Giuliani was a U.S. associate attorney general and the U.S. attorney for the Southern District of New York under President Reagan.

“I thought I was finished, but then I got involved in the Trump campaign,” he said. “When you talk to the president of the United States and he wants you to do a job, I certainly would not go into that conversation with a firm 'no' in my mind. But I’d want to talk about maybe three or four other people that might be better for it. If there aren’t, then maybe I would do it.”

Giuliani said he would be interested in focusing on cybersecurity, and talked up another possible AG prospect, New Jersey Gov. Chris Christie.

While Christie has been hurt politically by the “Bridge-gate” scandal, Giuliani said that was blown out of proportion and Christie would be good for “any position.”

Secretary of the Treasury

Steven Mnuchin, Trump’s finance chairman and former Goldman Sachs banker, could be a top pick for Treasury secretary. Trump indicated late in the campaign that he would seriously consider Mnuchin for the position. Brokers and bankers on Wall Street reportedly looked to Mnuchin for insight on Trump’s finance policy.

Carl Icahn, chairman of Icahn Enterprises, also is speculated to be in the running.

JPMorgan Chase CEO Jamie Dimon’s name has come up, too.

In a memo to staff obtained by FoxNews.com, Dimon said Trump’s election and other developments in the world signal widespread frustration with the “lack of economic opportunity.”

“We need to listen to those voices,” he said in the memo.

At least three big names have been bandied about most frequently for the coveted and powerful chief of staff role: RNC Chairman Reince Priebus, campaign CEO Steve Bannon and Christie.

Priebus, who presided over the GOP’s 2014 midterm takeover of the Senate and now the 2016 takeover of Washington, was tasked with building the virtually non-existent bridges between the national Republican Party and Trump’s campaign as he closed in on the nomination, as well as smoothing over disagreements over Trump’s bid among congressional Republicans. When asked about the speculation, Priebus told Fox News: “I don’t know. This is up to President-elect Trump. He will make all of these decisions. He will surround himself with great people.”

Bannon, the Breitbart News executive who came on as the Trump campaign CEO, also reportedly is in the running for the position.

Christie, who is leading Trump’s transition team, was the first GOP presidential candidate to endorse Trump and was on the final short-list for Trump’s VP spot, only to be passed over for Mike Pence.

Though lower-profile positions have not yet received as much attention, some names have been floated.

Dr. Ben Carson, the retired neurosurgeon and former presidential candidate, has been mentioned for Secretary of Education and is virtually the only name being floated for Secretary of Health and Human Services after Florida Gov. Rick Scott signaled he was not interested in the position. Former Alaska Gov. Sarah Palin has been mentioned in reports for Secretary of the Interior. Politico also reported that Milwaukee County Sheriff David Clarke, an outspoken Trump supporter whose law-and-order message dovetails with the president-elect’s, is a potential candidate for Homeland Security secretary. Retiring Rep. Jeff Miller of Florida, chairman of the Veterans Affairs committee, is possibly being considered for Secretary of Veterans Affairs.