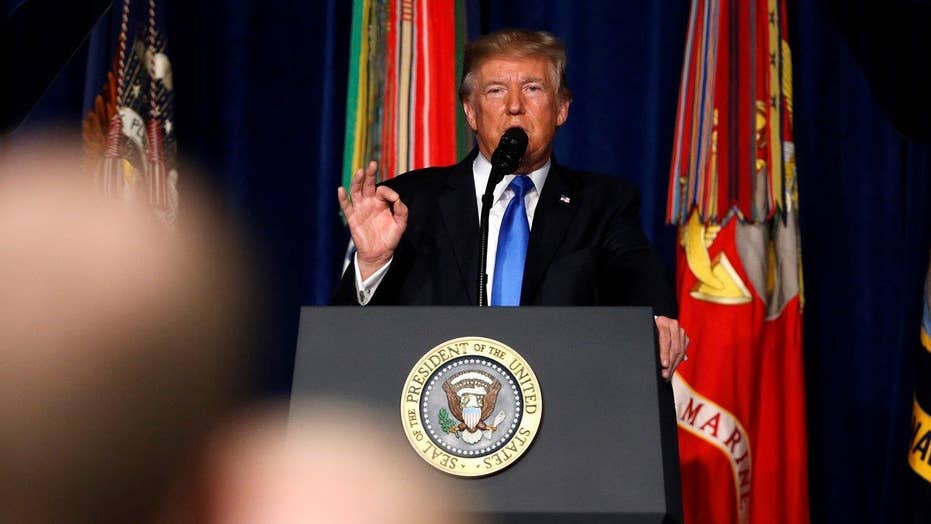 Reaction to President Donald Trump’s announcement on Monday on his path forward in Afghanistan varied significantly, as lawmakers and members of the Trump administration expressed their thoughts on the news.

“Together, we will assist the Afghan Security forces to destroy the terrorist hub,” Defense Secretary James Mattis said.

“The president has provided his strategic guidance for the South Asia strategy following a rigorous interagency review. I have directed the Chairman of the Joint Chiefs of Staff to make preparations to carry out the president’s strategy. I will be in consultation with the Secretary General of NATO and our allies—several of which have also committed to increasing their troop numbers.”

Speaking from Fort Myer in Arlington, Virginia, the president addressed U.S. troops and the nation about the war in Afghanistan. During the address, Trump asked both India and Pakistan to help to bring the Taliban to the negotiating table. Trump also said that he would hold Pakistan accountable for attacks in its country and for any continued support of the Taliban.

“We will not talk about numbers of troops,” Trump said of his new policy. “Conditions on the ground, not arbitrary timetables, will guide the U.S.”

"There is no substitute for American leadership,” House Majority Leader Kevin McCarthy said. “I applaud the Trump Administration for refocusing our military efforts and supporting our brave warfighters by laying out a strategy that will help produce a more secure, stable, and sovereign Afghanistan.”

“I assure you a lot of people in Congress will be behind the president,” Sen. Lindsey Graham, R-S.C., said moments after the announcement. “The game has changed with Pakistan, the gloves are off in Afghanistan. I am very pleased with this plan and I am very proud of our president.”

“I commend President Trump for taking a big step in the right direction with the new strategy for Afghanistan,” said Sen. John McCain, R-Ariz. “The unfortunate truth is that this strategy is long overdue, and in the interim, the Taliban has made dangerous inroads. Nevertheless, I believe the President is now moving us well beyond the prior administration's failed strategy of merely postponing defeat."

But not everyone backed the idea of continuing efforts in the country.

“Tonight, the President said he knew what he was getting into and had a plan to go forward. Clearly, he did not," House Minority Leader Nancy Pelosi stated. "The President’s announcement is low on details but raises serious questions.  When President Trump says there will be no ceiling on the number of troops and no timeline for withdrawal, he is declaring an open-ended commitment of American lives with no accountability to the American people."

“Our military men and women, and their families, have given so much already," said Sen. Sherrod Brown, D-Ohio. "Tonight, President Trump is asking even more of them without a plan to transfer power to the Afghan government or a plan to leave the country.

“A commitment to ‘win’ is not a clear strategy, and our troops on the ground in Afghanistan deserve more. Let me be clear – we cannot commit more troops and taxpayer dollars to this war until we have a clear exit strategy. This is a reversal from the President’s years of criticizing this war – both as a private citizen and a candidate. Tonight’s address left us with nothing more than unanswered questions.”

"The mission in Afghanistan has lost its purpose and I think it is a terrible idea to send any more troops into that war," Sen. Rand Paul, R-Ky., said in a statement prior to Trump’s announcement.

“The United States should continue to support the Afghan government through our Strategic Partnership Agreement by providing training and funds that will help the Afghans maintain control of major population centers and prevent a Taliban victory,” Ohio Governor John Kasich said.

“The time has come, however, for us to forge an agreement with all of the regional players that will allow the United States to draw down forces and bring our troops back home without reigniting civil war in that country,” the Republican governor added.