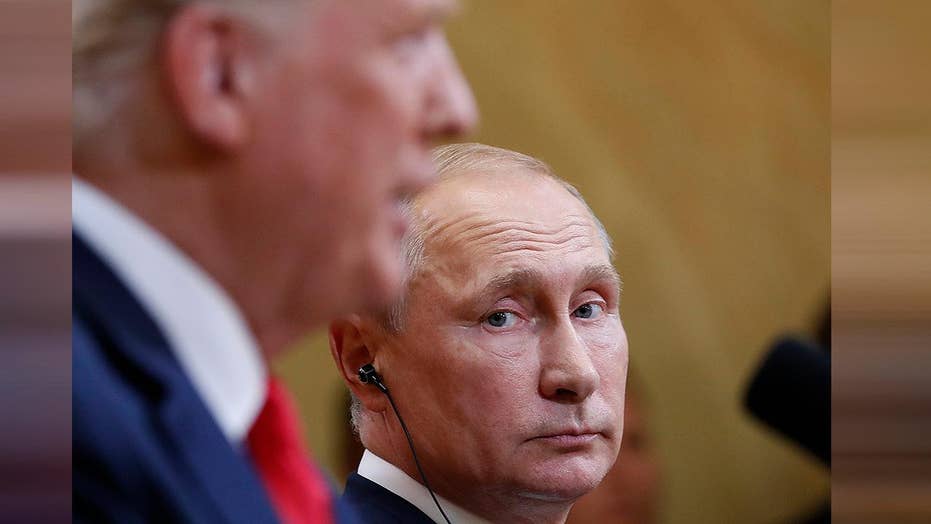 NYT: Trump was briefed in 2017 that Putin ordered hacking

The New York Times reports that President Trump was briefed that Putin ordered hacking two weeks before Trump's inauguration; reaction and analysis on 'The Ingraham Angle.'

The data was backed up by emails and texts from Russian military officers and a top-secret source close to Putin, who told the CIA how the Kremlin decided to start its hacking and disinformation efforts against U.S. targets, the New York Times reported.

Trump was “grudgingly convinced” by the assessment, according to the Times, which spoke with several other people who attended the intelligence briefing.

The meeting occurred Jan. 6, 2017, at Trump Tower in New York City, and Trump was briefed by a number of officials, including now-fired FBI Director James Comey and John Brennan, who was then director of the CIA.

Both Comey and Brennan have since become vocal critics of the president, with Brennan sparring with Trump over his comments at this week's summit with Putin in Helsinki, Finland.

The officials told Trump of Putin’s role in the Kremlin’s efforts to hack U.S. political targets such as the Democratic National Committee (DNC) and how officers of the Russian intelligence agency plotted with groups like WikiLeaks to publicize the stolen emails.

The revelation of the briefing comes after Trump claimed Wednesday that he has been the toughest president on the issue of Russia, all while he remains under fire over his back-and-forth comments concerning Russian interference in the election.

“There has never been a president as tough on Russia as I have been."

“There has never been a president as tough on Russia as I have been," Trump told reporters before a Cabinet meeting. He said he’s “doing very well” in tackling Russia and pointed out to U.S. sanctions on the country and a number of Russian nationals who were expelled for being spies.

“I think President Putin knows that better than anybody, certainly a lot better than the media. He understands it, and he's not happy about it,” Trump said.

These comments followed a contentious summit with Putin on Monday in Helsinki, where Trump said that though he has great confidence in the U.S. intelligence community, the Russian president gave a “strong and powerful” denial about the Kremlin’s role in interfering in the election.

Trump added that he didn't “see any reason why” Russia would be behind election meddling and suggested both Russian and the U.S. were to blame for strained relations. 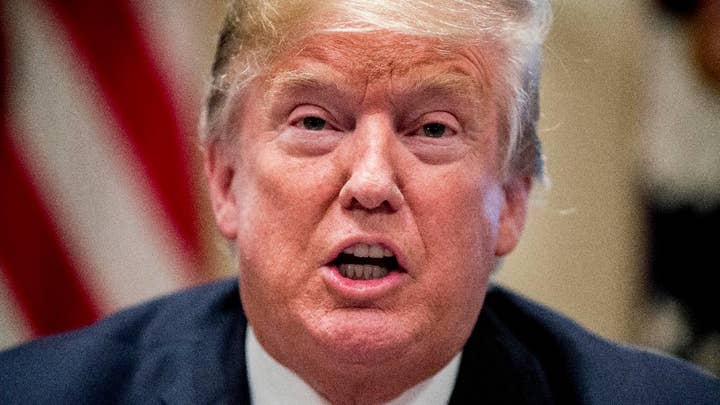 But the president backtracked the next day, telling reporters that he misspoke and insisted that he fully accepts the U.S. intelligence community's conclusions regarding Russian interference efforts.

"I came back and said, 'What is going on, what’s the big deal?'” Trump said, adding that he looked up the transcript and "realized that there is a need for some clarification." He said he meant to say he didn’t see why Russia "wouldn't" be responsible for interference. “I said the word 'would' instead of 'wouldn't' ... sort of a double negative," he insisted.

"I accept our intelligence community's conclusion that Russia’s meddling in the 2016 election took place," he added, but noted that "It could be other people also."

On Wednesday, Trump reignited the controversy, while touting his toughness on Russia, after apparently saying “No” to a question on whether Russia was still targeting the U.S.

White House press secretary Sarah Sanders pushed back against the suggestion, claiming Trump was saying “no” to answering more questions from the media -- rather than to the question about Russian targeting.