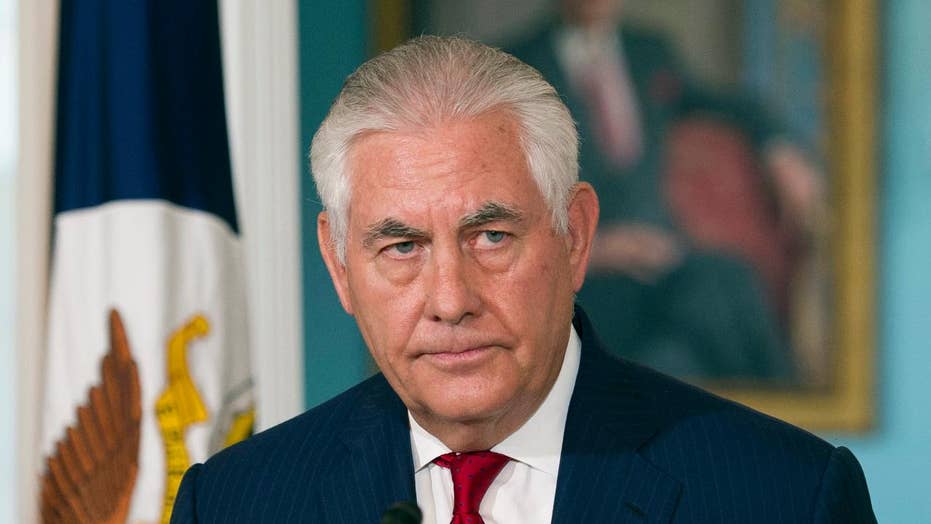 President Trump on Saturday denied a frayed relationship with Secretary of State Rex Tillerson but said he sometimes wishes the country’s top diplomat would be “tougher.”

The president also denied a NBC News report this week that said Tillerson, frustrated with the job, was considering resigning and had called the president a “moron.”

Speaking outside the White House, the president weighed in on the sexual harassment scandal involving Hollywood titan Harvey Weinstein, amid reports the Democratic donor settled sexual harassment lawsuits with a number of women over the years.

“I've known Harvey Weinstein for a long time,” the president said. “I’m not at all surprised to see it.”

Trump spoke to reporters before he left for a trip to North Carolina on Saturday evening. (AP)

Trump also emphasized his support for his chief of staff John Kelly, saying he hopes he will stay in the role throughout his entire administration.

“John Kelly is one of the best people I've ever worked with,” he said. “He's doing an incredible job and he told me for the last two months, he loves it more than anything he's ever done. He's a military man. But he loves doing this, which is chief of staff, more than anything he's ever done. He's doing a great job. He will be here in my opinion, for the entire seven remaining years.”