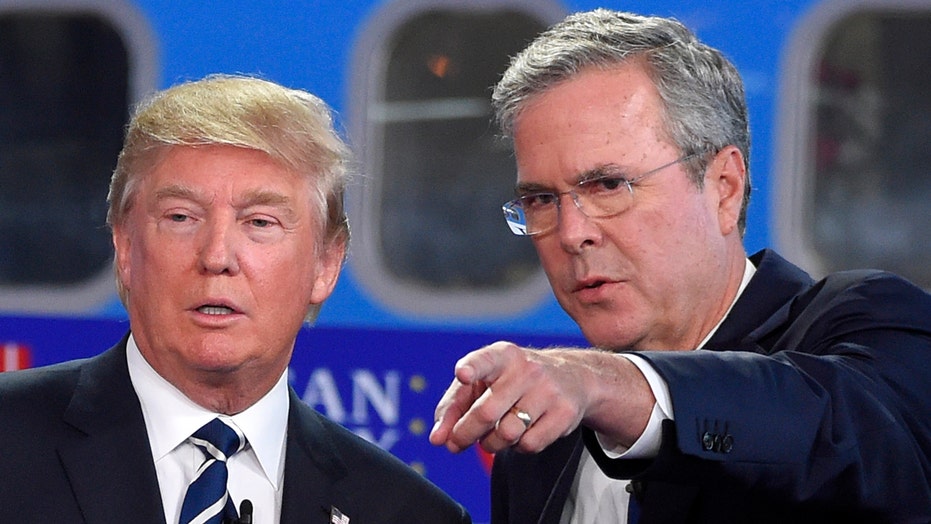 But while public financial records don't appear to show a direct contribution to Bush's campaign -- Trump's denial leaves out a lot of details that back up Bush's claim that the real estate magnate attempted to gain a foothold in the push to bring casinos to Florida.

Indeed, the real estate magnate hosted a pricey fundraiser in 1997 for then-gubernatorial candidate Bush -- and his company contributed a bundle to the state GOP -- all while Trump, according to local reports, was teaming up with the Seminole tribe to push for casino gambling in the Sunshine State.

Unclear is whether Trump personally lobbied Bush for casinos before or during his tenure as governor.

At the debate, Bush leveled the charge, saying, "The one guy that had some special interests that I know of that tried to get me to change my views on something -- that was generous and gave me money -- was Donald Trump. He wanted casino gambling in Florida."

Trump then suggested he hadn't even been interested in casino gambling there, saying: "I promise if I wanted it, I would have gotten it."

But a 1998 story in the then-St. Petersburg Times reported that Trump was joining up with the Seminoles to hire a major lobbyist to push for casino gambling in Florida. The report said Trump was hoping to manage the tribe's gambling operations if the bid was successful.

Around that time, Trump and his company were financially helping both Bush and the Republican Party of Florida.

And Trump, just weeks before Wednesday's debate, even boasted that he hosted a fundraiser for Jeb Bush in 1997, when he was running for governor.

"I had a fundraiser and raised about $1 million, which in those days was a lot of money," Trump told The Washington Post. "In fact, I remember [Jeb Bush] saying, 'It was the most successful fundraiser I've ever had.'"

Trump also told the Post that George H.W. Bush had asked him to host the event, and the former president wrote him a "a beautiful note thanking me for helping with his son."

According to Politifact, the event actually raised more like $500,000 for Bush's campaign. Politifact said they didn't find evidence that Trump "directly petitioned" the state for gambling, but there's clear evidence he was seeking a deal to run the casinos on Seminole property -- while helping Bush and the party. Politifact rated Bush's statement "mostly true."

In a separate but related dispute at Wednesday's debate with candidate Carly Fiorina, Trump issued another denial about his business dealings. When Fiorina said Trump was "forced to file for bankruptcy" four times, Trump countered: "I never filed for bankruptcy."

Fiorina never made the distinction.