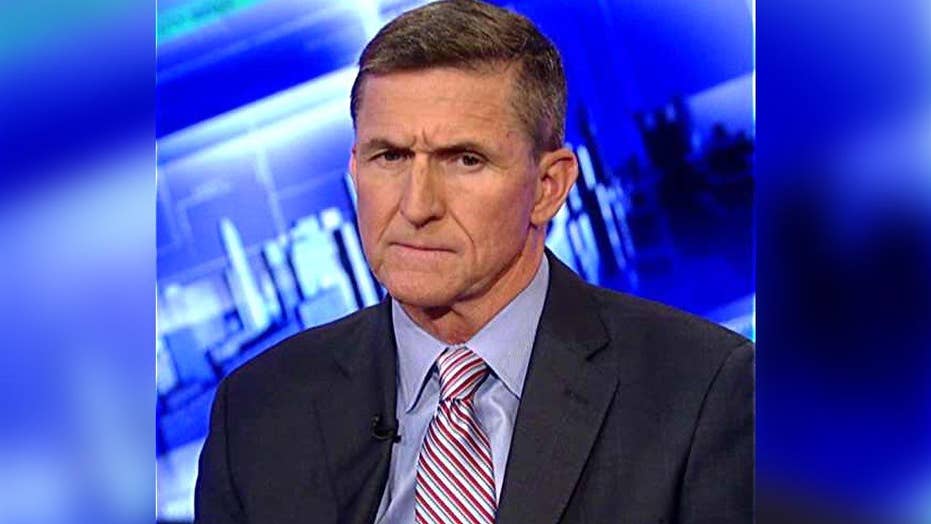 Gen. Flynn: We must not forget Orlando and San Bernardino

Retired Lt. Gen. Michael Flynn, considered a potential pick for Donald Trump’s running mate, insisted Monday that he is “pro-life” – clarifying his stance on abortion after riling conservatives by calling it a woman’s choice.

Flynn told Fox News he is a “pro-life Democrat,” while describing it as a legal matter.

“This pro-choice issue is a legal issue that should be decided by the courts. I believe in law. If people want to change the law, they should vote so that we can appoint pro-life judges. I believe the law should be changed,” Flynn told Fox News.

A day earlier, Flynn had told ABC’s “This Week” that women are the ones who “have to make the decision [on abortion] because they are the ones that are going to decide to bring up that child or not.”

He faced a swift backlash from pro-life groups.

“His pro-abortion position is unacceptable and would undermine the pro-life policy commitments that Mr. Trump has made throughout the campaign," Marjorie Dannenfelser, president of the Susan B. Anthony List, said in a statement.

On Monday, though, Flynn said his priorities are “national security.” He said this election is not about “social issues, gay rights and abortion rights.”

Flynn is one of several people Trump is considering for vice president.

Flynn is a Democrat who served as Defense Intelligence Agency director under President Obama. Since leaving the administration, he has become an outspoken critic of administration policies.