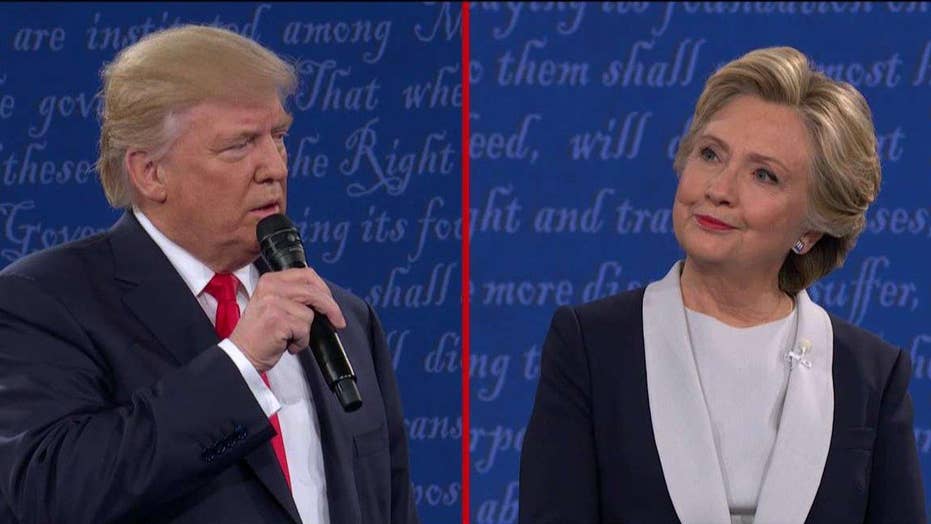 Trump vows to get special prosecutor to investigate Clinton

Donald Trump said Sunday that if elected, he would instruct his attorney general to appoint a special prosecutor to investigate Hillary Clinton’s email controversy and that if he were president today she would “be in jail.”

“There has never been anything like this,” Trump said during his debate with Clinton, the Democrat presidential nominee. “You should be ashamed of yourself.”

The issue of Clinton using a private server for official emails while secretary of state has been a continuing problem for her and a familiar attack line for Trump, who repeatedly questioned why Clinton deleted thousands of emails before turning over her files.

“You deleted them, then you acid washed them,” he said.

Clinton responded by saying she “made a mistake,” something she has acknowledged in the past, to try to end the controversy and also argued that Trump misrepresented the facts.

The FBI concluded that Clinton was “extremely careless” with the emails but declined to recommend the case be prosecuted.

“It’s a good thing somebody like Trump is not in charge,” Clinton also said in response to Trump’s attack.

Trump responded: “That’s because you’d be in jail.”