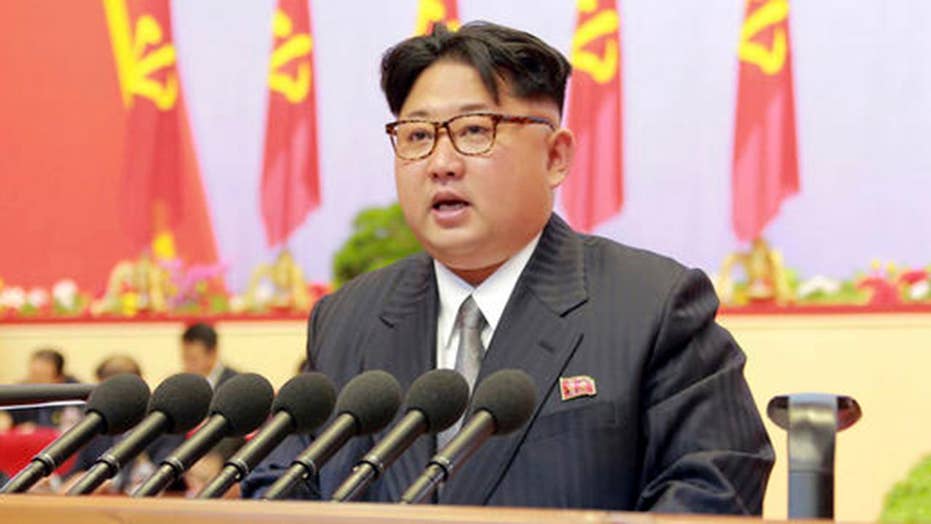 President Trump told reporters Thursday that the United States is dealing with North Korea “as though nothing happened” after the totalitarian nation threatened to cancel next month’s planned summit if the U.S. raises the issue of denuclearization.

"They’re dealing with us, we’re dealing with them, they’re working out times and meeting places and everything,” Trump said during an Oval Office meeting with NATO Secretary-General Jens Stoltenberg. “If it doesn’t take place, that’s fine, and if it does take place, I think some tremendous things can happen.”

Trump is scheduled to meet with Kim Jong Un on June 12 in Singapore.

North Korea has argued that it needs its nuclear weapons to preserve its security, and has expressed concerns about giving up its nuclear program. The North cites the example of former Libyan leader Muammar Qaddafi, who died at the hands of rebel forces amid a popular uprising in October 2011; he had given up his nuclear program in the 2000s.

Trying to address the North Korean concerns, the president said if Kim were to agree to denuclearize, "he'll get protections that would be very strong."

But Trump warned that failure to make a deal could have grave consequences for Kim. Mentioning what happened in Libya, Trump said, "That model would take place if we don't make a deal."

"The Libyan model isn't the model we have at all. In Libya we decimated that country." Trump added. "There was no deal to keep Qaddafi."

Trump said he is "willing to do a lot" to provide security guarantees to Kim. "The best thing he could do is make a deal."

Pentagon spokeswoman Dana White said Thursday that the schedule of military exercises hasn’t changed. She added the annual exercises are long-planned, defensive in nature and meant to ensure the readiness of U.S. and South Korean forces.

Exercise Max Thunder began Monday and concludes May 25. It includes aircraft from across the U.S. military services. Last year’s exercise included roughly 1,200 U.S. personnel and about 640 South Koreans. This year’s drill is similar.

Trump also said he will not discuss U.S. troop levels in South Korea during his meeting with Kim.