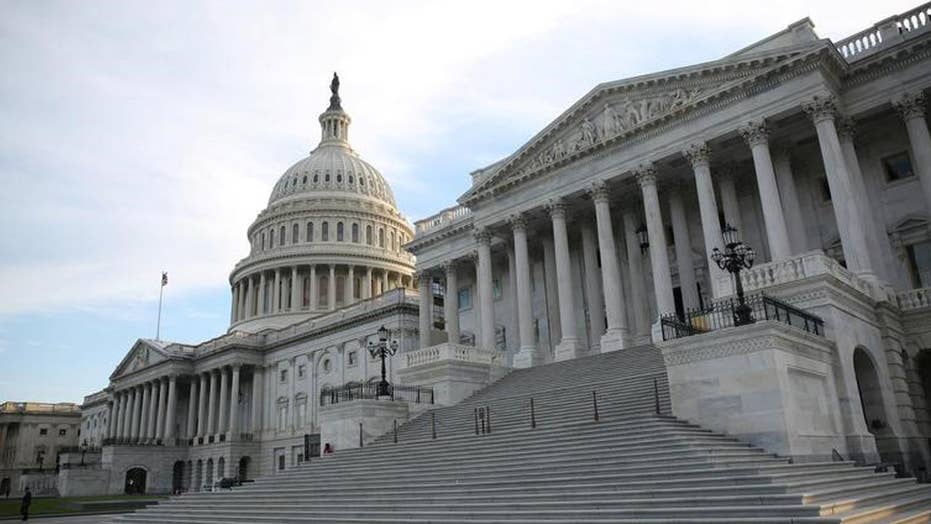 Will Trump convince Congress to repeal and replace ObamaCare?

As congressional Republicans unveil a tax reform plan this week, President Trump on Wednesday urged lawmakers to repeal President Obama’s healthcare law and use the “savings” from it for “further tax cuts.”

“Wouldn't it be great to Repeal the very unfair and unpopular Individual Mandate in ObamaCare and use those savings for further Tax Cuts for the Middle Class,” the president tweeted.

Added Trump, “The House and Senate should consider ASAP as the process of final approval moves along. Push Biggest Tax Cuts EVER.”

The idea of repealing the individual mandate as part of the tax reform efforts has been pushed by one Republican senator, Tom Cotton of Arkansas. However, House Republican leaders see such a step as adding political complications to an already difficult task of crafting a tax bill that can pass the House and Senate.

On Wednesday, the GOP blew past its self-imposed deadline for public release of the plan, with the rollout now set for Thursday. Trump set an ambitious by-Christmas timetable for passage of a major rewrite. It remains to be seen whether it will be the biggest tax cut ever as he claims.

Tax writers decided to maintain the highest personal income tax rate at its current 39.6 percent and to slash the top tax rate for corporations to 20 percent from 35 percent.

The plan outline released last month by Trump and Republican leaders in Congress called for shrinking the number of tax brackets from seven to three or four, with respective tax rates of 12 percent, 25 percent, 35 percent and to be determined. The tax system would be simplified, and most people would be able to file their returns on a postcard-sized form.