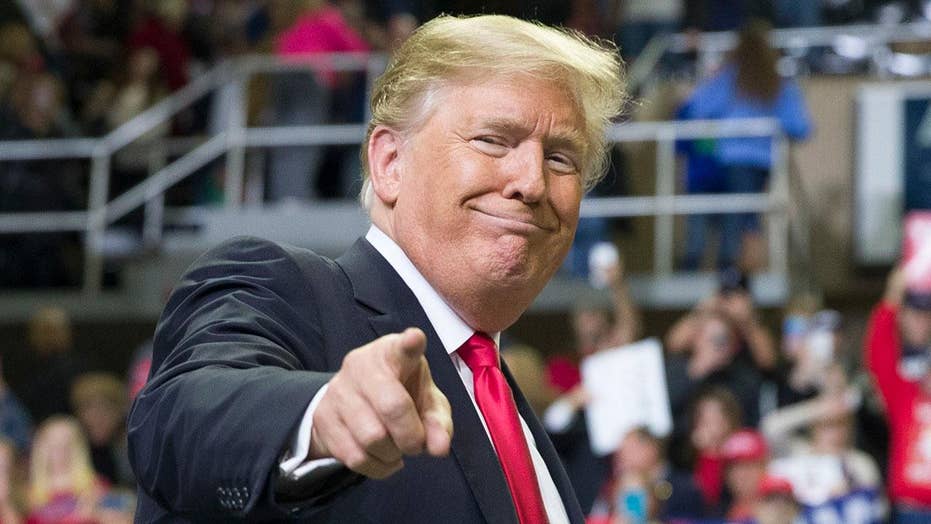 President Trump renewed his calls for a wall along the southern border during his State of the Union address Tuesday night, while declaring that tolerance for illegal immigration is “not compassionate,” but “cruel.”

“Simply put, walls work and walls save lives,” Trump said Tuesday. “So let’s work together, compromise and reach a deal that will truly make America safe.”

Trump outlined his administration’s “common-sense proposal” to end the “crisis” on the southern border, which has been sent to Congress, and which he said includes “humanitarian assistance, more law enforcement, drug detection,” a way to close “loopholes that enable child smuggling,” and “plans for a new physical barrier or wall.”

“This is a smart, strategic, see-through steel barrier –not just a simple concrete wall,” he explained. “It will be deployed in the areas identified by border agents as having the greatest need, and as these agents will tell you, where walls go up, illegal crossings go way down.”

The president’s remarks come after a 35-day partial government shutdown, the longest in U.S. history, which saw an intense stalemate between the White House and congressional Democrats over border security. Trump requested $5.7 billion in funding for border security and construction of a wall along the U.S.-Mexico border. Democrats responded with a fraction of that funding for the Department of Homeland Security, which has jurisdiction over the border, and vowed to block any spending package that funds construction of the wall.

Last month, the president signed a stop-gap spending package that funds the government through Feb. 15. The package did not include funding for the wall. A bipartisan group of congressional lawmakers convened in a conference committee this month to negotiate a border security plan that could garner the president’s support.

Trump, in an apparent effort to ease concerns among Democrats who bristle at talk of a border wall, has recently alternated between calling the wall a barrier, fence or “steel slats.” But last week, the president urged everyone to “stop playing political games,” and “just call them walls from now on.” His State of the Union address seemingly used both “wall” and “barrier.”

The president focused a substantial part of his address on border security, saying that “no issue better illustrates the divide between America’s working class and America’s political class than illegal immigration.”

“Wealthy politicians and donors push for open borders while living their lives behind walls and gates and guards,” he said. “Meanwhile, working-class Americans are left to pay the price for mass illegal migration…”

He added, “Tolerance for illegal immigration is not compassionate -- it is cruel.”

Trump then introduced his special guests at the event — "Angel Families" whose kin have fallen victim to crimes of illegal immigrants. The president invited Debra Bissell, Heather Armstrong and Madison Armstrong. Bissell’s parents Gerald and Sharon David, who were in their 80s, were killed in their Nevada home in January, allegedly by an illegal immigrant. Heather Armstrong is Bissell’s daughter and Madison is Bissell’s granddaughter.

“I will never forget, and I will fight for the memory of Gerald and Sharon, that it should never happen again,” Trump said, acknowledging the guests.  “Not one more American life should be lost because our nation failed to control its very dangerous border.”