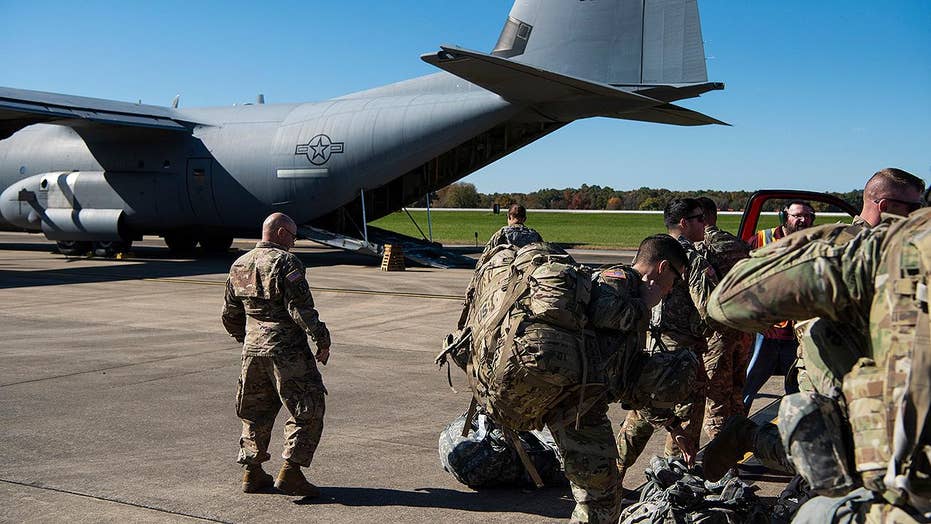 The number of U.S. troops deployed to the Mexico border in response to the approach of a caravan containing an estimated 4,000 Central American migrants could go as high as 15,000, President Trump said Wednesday afternoon.

Trump told reporters at the White House on Wednesday that “we’ll go up to anywhere between 10 and 15,000 military personnel on top of Border Patrol, ICE (Immigration and Customs Enforcement) and everybody else at the border.”

However, the Pentagon also said Wednesday afternoon that its initial estimate was for 7,000 troops at the border.

A deployment of 15,000 would bring the military commitment on the border to roughly the same level as in war-torn Afghanistan.

Trump rejected the idea he was “fearmongering,” or using the issue for political purposes.

He said the move would be aimed at preventing the entry of the caravan, which is still nearly 1,000 miles from the border.

Trump said that the U.S. was “going to be prepared,” and that the migrants are “not coming into our country.”

The White House repeatedly has warned members of the caravan that they will not be allowed into the United States. In an interview on Fox News’ "The Ingraham Angle" Monday night, Trump vowed that the migrants “are not coming in,” and said the administration would build “tent cities” to house asylum-seekers.

The forces are largely providing airlift transportation, tents, barriers and other logistical support for the Border Patrol.

Currently, there are 2,100 National Guard helping at the border.

The Pentagon said an additional 5,200 active-duty troops could join them.

Defense Secretary Jim Mattis told reporters Wednesday at the Pentagon, as Fox News previously reported, that the deployment of troops is based on a request from the Department of Homeland Security.

He said, “We don’t do stunts in this department.”