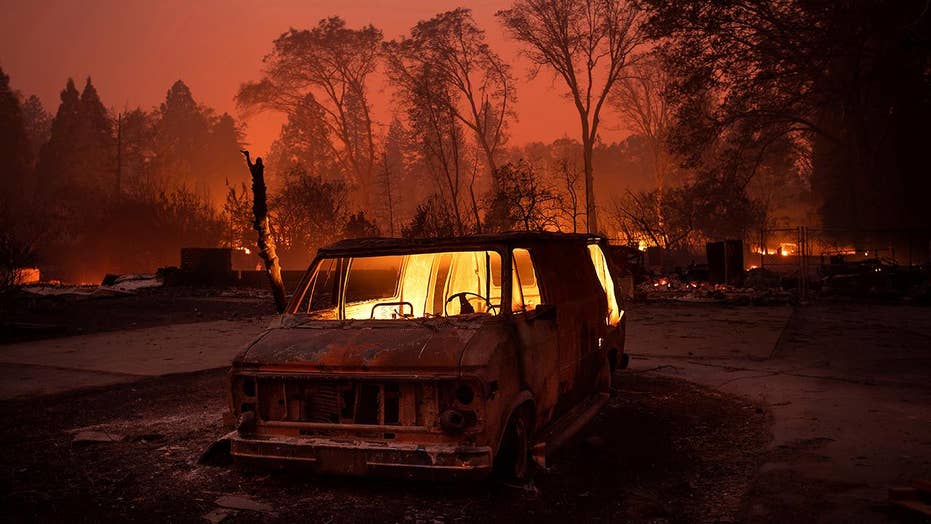 Driven by high winds and fueled by dry conditions, what started as a wildland fire became an 'area ignition' event that grew into a 'giant structure fire' in Paradise, says Tim Aboudara of the International Association of Firefighters.

After drawing the ire of firefighters in California for threatening to cut federal funding to the state amid the devastating wildfires, President Trump on Monday tweeted his support to the men and women battling the blazes in the Golden State.

“The California Fire Fighters, FEMA and First Responders are amazing and very brave,” Trump tweeted Monday. “Thank you and God Bless you all!”

The president’s tweet comes two days after he sent another message on social media to criticize California for its “gross mismanagement” of forests and threatened to cut off federal funding if the issue wasn’t resolved.

“There is no reason for these massive, deadly and costly forest fires in California except that forest management is so poor,” Trump tweeted on Saturday. “Billions of dollars are given each year, with so many lives lost, all because of gross mismanagement of the forests. Remedy now, or no more Fed payments!”

That tweet provoked condemnation from firefighters across the state.

"The president’s message attacking California and threatening to withhold aid to the victims of the cataclysmic fires is ill-informed, ill-timed and demeaning to those who are suffering as well as the men and women on the front lines,” California Professional Firefighters President Brian Rice said in a statement, according to the Los Angeles Times.

Other firefighters took to social media to express their anger.

“Mr. President, with all due respect, you are wrong. The fires in So. Cal are urban interface fires and have NOTHING to do with forest management. Come to SoCal and learn the facts & help the victims,” the Pasadena Firefighters Association said on Twitter.

Nature provides the dangerous winds that have whipped the fires, and human-caused climate change over the long haul is killing and drying the shrubs and trees that provide the fuel, experts say. 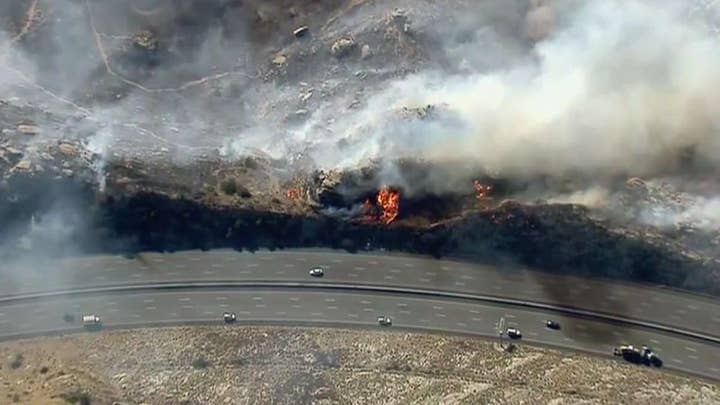 All told, more 8,000 firefighters statewide were battling wildfires that scorched more 209,000 acres of land, with the flames feeding on dry brush and driven by winds that had a blowtorch effect. The fires statewide have left 31 people dead and hundreds more missing.

In Northern California, firefighters still battling the blaze that obliterated Paradise contended with wind gusts up to 40 mph overnight, the flames jumping 300 feet across Lake Oroville. The fire had grown to 177 square miles and was 25 percent contained, authorities said.

Officials in Southern California said on Monday that an estimated 370 structures have burned and that only 15 percent of their damage estimate has been completed.

They said over the weekend that 177 buildings had burned amid predictions that the number would grow higher with new damage assessments.

The size of the fire has also increased to more than 143 square miles and was 20 percent contained Monday morning. The fire erupted last Thursday as gusty, dry Santa Ana winds and spread rapidly through communities stretching from northwest of Los Angeles to the Malibu coast.