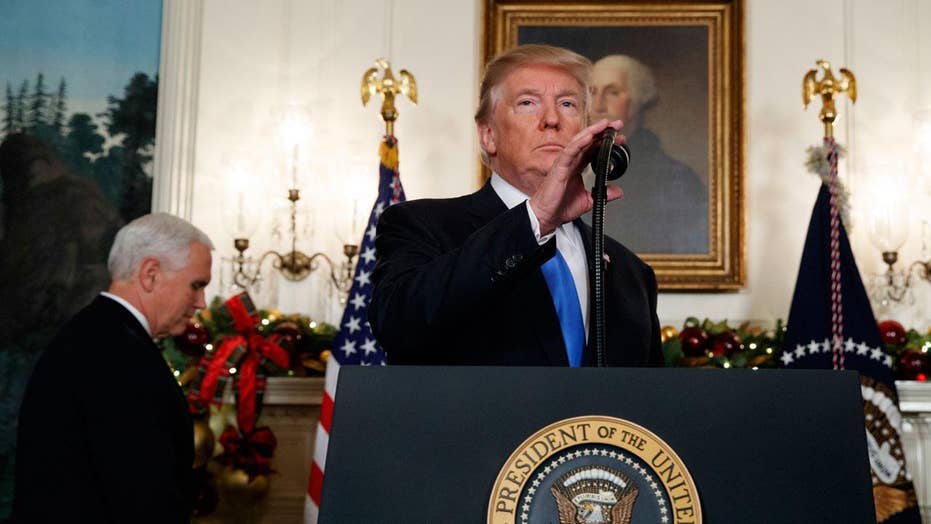 President Trump sought to turn the tables on the Obama administration Monday after demanding a probe into whether his predecessor’s FBI “infiltrated” his 2016 campaign, pointedly asking what then-President Barack Obama knew about the operation – while clashing with former CIA boss John Brennan.

Following reports detailing how an FBI “informant” had multiple contacts with members of Trump’s campaign, the president said Sunday he’d formally seek a DOJ probe of whether agents surveilled the campaign for political purposes, and whether any such demands came from the Obama administration.

While the DOJ swiftly asked the department’s inspector general to handle that review, the president turned the spotlight Monday to Obama.

“The Wall Street Journal asks, ‘WHERE IN THE WORLD WAS BARACK OBAMA?’ A very good question!” Trump tweeted.

He was referring to an op-ed calling on Obama to explain “his administration’s surveillance of affiliates of a presidential campaign.” The column from James Freeman posited that Obama was likely “fairly well-informed” about his law enforcement agencies, but said if he was unaware of the Russia probe’s full history, “then it would seem a public explanation is also in order—about his management, and about just how far the ‘deep state’ went without specific presidential approval.” 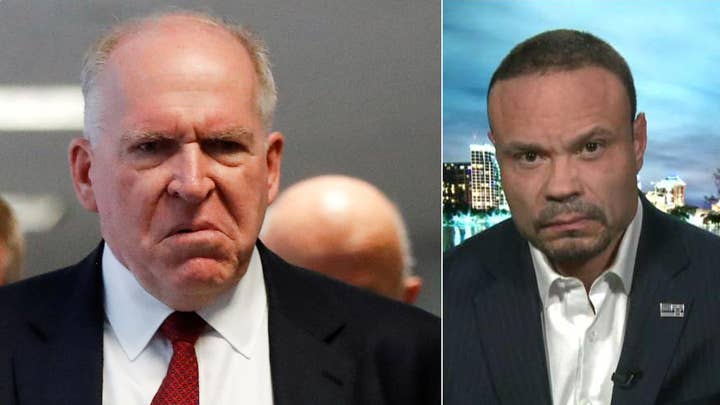 Meanwhile, another dust-up between the president and Brennan took shape as the former CIA director, and now MSNBC/NBC contributor, warned Republican leaders in Congress not to “enable” Trump, in response to his call for an investigation.

“Senator McConnell & Speaker Ryan: If Mr. Trump continues along this disastrous path, you will bear major responsibility for the harm done to our democracy. You do a great disservice to our Nation & the Republican Party if you continue to enable Mr. Trump’s self-serving actions,” Brennan tweeted, while also quoting Roman philosopher Cicero: “Any man can make mistakes, but only an idiot persists in his error.”

Brennan has been a vocal critic of Trump ever since he took office.

The precise origins of the Russia probe remain unclear. Officials have previously pointed to comments Trump adviser George Papadopoulos allegedly made about Russian dirt on Hillary Clinton as touching off the investigation in July 2016. A House GOP memo released earlier this year affirmed this timeline.

But reporting over the weekend in The New York Times and Washington Post said an informant was also talking to Papadopoulos and other Trump figures in 2016. The details have raised questions about what prompted those contacts.

The revelations come amid a tense dispute between the Justice Department and House Republicans who have been seeking details about the informant’s role. Trump referenced that standoff on Saturday, tweeting: “Only the release or review of documents that the House Intelligence Committee (also, Senate Judiciary) is asking for can give the conclusive answers. Drain the Swamp!”

The FBI’s probe of Russian meddling in the 2016 election and possible collusion with Trump figures would eventually be taken over by Special Counsel Robert Mueller’s team. The intelligence community, and Senate Intelligence Committee, have since declared that Russia did seek to interfere in the election, largely to boost Trump over Clinton. 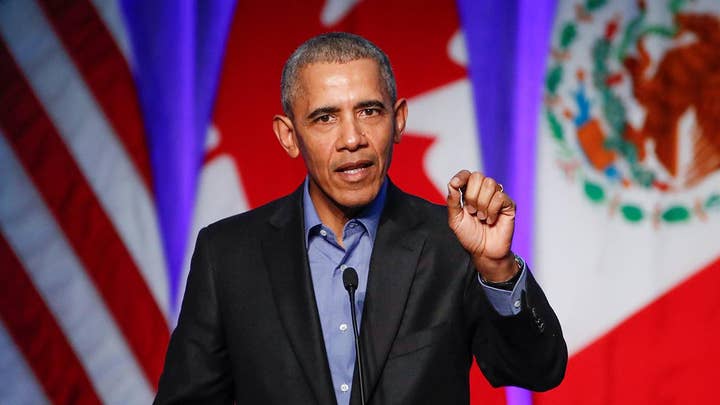 But in looking to turn up new information on how the probe began – and suggesting political motivations were at play – Trump and his allies on Capitol Hill could undermine the Mueller’s probe just as Trump and his legal team are weighing the possibility of a Trump interview with the special counsel.

Meanwhile, Obama has said little about the probe’s beginnings, and it’s unclear if he plans to enter this highly charged debate.

One of the few references to his involvement came in texts released earlier this year from anti-Trump FBI officials Lisa Page and Peter Strzok. In one of them, the two discussed preparing talking points for then-FBI boss James Comey to give Obama, who wanted to “know everything we’re doing.”