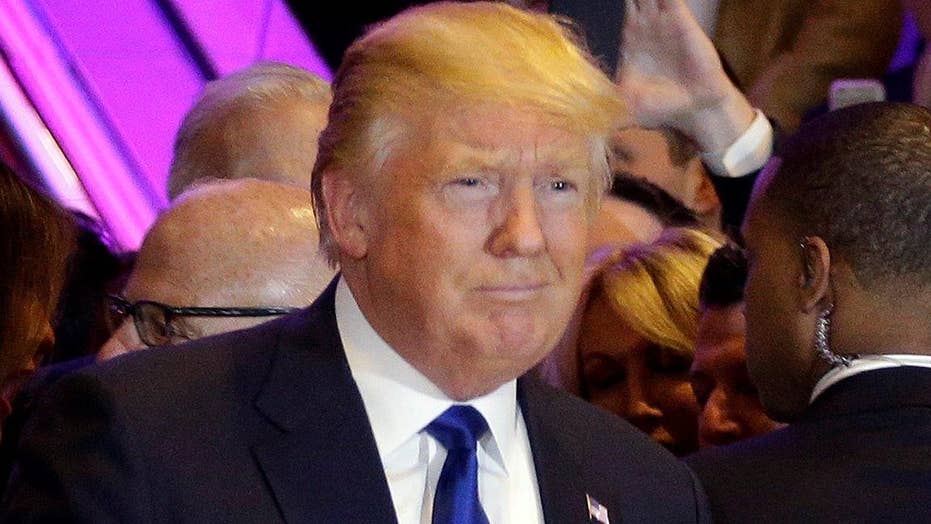 Should the nominee be based on most votes not delegates?

TRUMP TRIES OUT FOR NEW ROLE: PRESUMPTIVE NOMINEE
The Republican nominating process has evolved for a moment just such as this: helping a damaged frontrunner stave off a challenge from a conservative insurgent and avoiding the threat of a chaotic convention.

What nobody knew was that the frontrunner this year would be Donald Trump.

And as Trump showed both in his remarks after his resounding victory in his home state and the promise of big money for the Republican consultant class, he is willing to try to play the part that was written for another player: Mr. Inevitability.

And with a quintet of states from his region set to vote next week, he is at the threshold of fully assuming the role. If Trump’s New York knockout is reflective of how he will fare in Connecticut, Rhode Island, Pennsylvania, Delaware and Maryland on Tuesday – and a new Connecticut poll out today suggests it could be – you will see the weakening resistance to Trump perhaps not shatter, but complete its shift from mainstream effort to the more traditional conservative insurgency.

Now, Trump isn’t close to where his Democratic counterpart Hillary Clinton stands after her bell ringer of a New York win. She was already the apotheosis of Democratic establishmentarianism. With her rival, Sen. Bernie Sanders, retreating to Vermont and his senior advisor saying the members of Team Sanders would "sit back and assess where” they are after next week’s contests, Clinton is already passing over into that Valhalla of every weak frontrunner: the dispiriting of her party’s base.

A week from today we could see Clinton be “presumptive” no more but actually take the coveted modifier “inevitable.”

Like the human immune system, political parties have antibodies that attack pathogens. Party rules, the nodding  and whispered assents of the mandarin class, the flow of campaign cash and the availability of top staffers all add up to a defense system to keep parties healthy, at least for those who populate their broad establishments.

This week in Florida, Trump’s newly acquired consultants will be making two cases to party elders at the RNC’s spring meeting. First, that Trump can behave himself and wouldn’t be the general election catastrophe that poll after poll after poll suggests. Second, that the only remaining options for Republicans are to accept Trump as inevitable and help him win on the first ballot or face riots and inevitable general election catastrophe.

It’s not the easiest argument to make, but for now, all Team Trump needs is for Republicans to do nothing. The time will come when Trump will need the “corrpupt” system to swing in behind him and shut off Sen. Ted Cruz’s crew before the first ballot. But for now, agnosticism about the new K Street-friendly, more mannerly Trump is all the frontrunner needs.

And if Trump sweeps next week’s primaries, the argument will get far easier. Especially since Trump’s counterpart would be playing to type. Many in the party had already cast Cruz as conservative insurgent and bitter ender. The grandees may never have seen Trump as the wounded frontrunner to be shepherded through, but they will have no trouble seeing Cruz as the enemy.

Every candidacy, like every movie or novel, requires some degree of the suspension of disbelief. Highly ideologically motivated – or in the case of Trump, attitudinally motivated – voters are the most willing to suspend their disbelief. A Ron Paul delegate in 2012 would have greeted theories about a convention fight and a ricochet nomination with the kind of credulity that a Star Wars fan would explain how a 300-year-old Wookie can fight a space octopus.

Trump’s effort to get party elders to suspend their own disbelief for him in the same way they did prior frontrunners will not be as easy as it was for those who came before him. But of the alternative is to face the threatened riots and violence from Trump supports, a chaotic convention and inevitable defeat in the fall anyway, they might be quite willing to believe – at least for a little while.

Power Play: Kasich’s big test - John Kasich won a single congressional district in New York Tuesday, but it is next week’s contests that he’s hoping will propel him forward as a candidate at a contested convention. What does he need to do in the five East Coast states voting next Tuesday? Chris Stirewalt explains it all in just 60 seconds. WATCH HERE.

Trump’s new honcho reportedly digging for dirt on predecessor - NY Magazine: “The 67-year-old operative [Paul Manafort], whom Donald Trump hired last month to oversee the campaign delegate-getting operation, has displaced Corey Lewandowski, Trump’s embattled campaign manager. According to interviews with five sources, Manafort is now firmly in charge of all major aspects of Trump’s campaign…In the meantime, Lewandowski will continue to travel with Trump and focus on advance work, the task for which he’s most qualified. But sources say things could get rough for him in the weeks ahead…‘Every expenditure that Corey approved is being reviewed,’ one source said. The speculation, sources close to the campaign say, is that they may be looking for ammo to take to Trump to show him that Lewandowski mismanaged expenses. People who know Trump best say there’s probably one thing he dislikes most: wasting money.”

WITH YOUR SECOND CUP OF COFFEE…
Wealthy patrons have long used so-called “concierge physicians” – doctors retained to provide basic care and serve as guides through the sometimes bewildering world of health care. But as the nature of insurance changes and the cost of care keeps climbing, middle class families are starting to find concierges of their own. Boston Globe: “For nine years, Dr. Jeffrey Gold was the quintessentially overworked family physician: too many patients, too much paperwork, too little time to really provide care…But Gold did something most of his colleagues have not: He ditched a job at a Partners HealthCare physicians group and launched his own practice, using an uncommon but emerging business model known as direct primary care. Gold has stopped accepting health insurance. He charges a flat monthly fee for up to a dozen visits a year and is easily reached by e-mail and cellphone…advocates of the direct model say patients should pay separate fees for primary care while saving the insurance for emergencies and big expenses. They liken it to how consumers use car insurance: Pay out-of-pocket for an oil change, but tap the insurance after a fender-bender.”

HILLARY JUMPS AHEAD IN THE HOME STRETCH
WaPo’s Dan Balz with the best take on the meaning of the New York Primary for the Dems: “Hillary Clinton got what she needed in New York, a solid victory that stopped Bernie Sanders’s weeks-long winning streak…By the end of next week’s contests in Pennsylvania, Maryland, Connecticut, Rhode Island and Delaware, her lead in pledged delegates in all likelihood will be insurmountable…[By May] turning around public perceptions will be crucial if she hopes not just to win the presidency but to be able to rally the country behind her agenda…Trump’s problems do not diminish the fact that, standing alone, Clinton looks much weaker than recent nominees…The damage to Clinton from her battle with Sanders is borne out in the latest NBC News-Wall Street Journal poll. The longer this race has gone on, the more she has shown vulnerabilities. The top-line number that caught the eyes of so many analysts shows her now in a dead heat with [Bernie] Sanders nationally — ahead of him by just two percentage points, 50 to 48 percent.”

Hillary says ‘victory in sight’ - In her speech Tuesday on the heels of her resounding New York win, Clinton said: “The race for the nomination is in the home stretch, and victory is in sight…Because of you, this campaign is the only one, Democrat or Republican, (which has) won more than 10 million votes.”

Hippies booted Bernie from their commune - Washington Free Beacon: “Bernie Sanders was asked to leave a hippie commune in 1971 for ‘sitting around and talking’ about politics instead of working, according to a forthcoming book. We Are As Gods by Kate Daloz, scheduled for release April 26, chronicles the rise and fall of the Myrtle Hill Farm in northeast Vermont…Sanders’ idle chatter did not endear him with some of the commune’s residents, who did the backbreaking labor of running the place. Daloz writes that one resident, Craig, ‘resented feeling like he had to pull others out of Bernie’s orbit if any work was going to get accomplished that day.’ Sanders was eventually asked to leave. ‘When Bernie had stayed for Myrtle’s allotted three days, Craig politely requested that he move on,’ Daloz writes.”

‘FRAGILE MANHOOD’
UPI: “A town in France has seemingly found a solution that will prevent locals from vandalizing a statue of Greek hero Heracles. The town of Arcachon has decided to create a prosthetic removable penis that can be attached to the statue of Heracles, or Hercules, in Parc Mauresque after years of vandals stealing the appendage. ‘Considering Heracles’ fragile manhood we’ve chosen to give him a removable prosthetic that we can add to the statue before each ceremony,’ deputy mayor said, according to The Local. ‘This is the best solution, otherwise you just end up constantly chasing after the anatomy of Heracles.’ A number of unsolved cases of thefts of the statue’s penis have been reported in the area throughout the years and Mayor Yves Foulon decided it was time to put the ‘systematic’ issue to rest.”