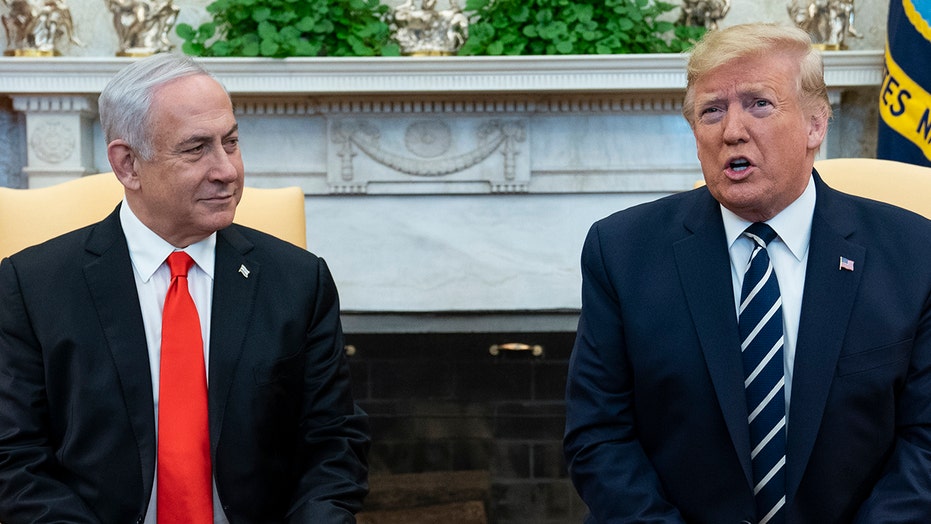 President Trump on Monday said he is confident in his proposed Middle East peace plan set to be announced later this week, despite the Palestinians roundly rejecting the deal.

Speaking following a meeting with Israeli Prime Minister Benjamin Netanyahu, Trump said he believes that Palestinian leaders would be quietly negotiating with Washington and Tel Aviv even though they have objected to his proposed plan.

He called it a “suggestion” for Israel and the Palestinians and then referred to the long-awaited plan as a “very big plan.” At the same time, Trump hinted that he knows the Palestinians might not accept it.

“We'll see what happens,” Trump said. “Without them, we don't do the deal. That's OK. ... We think that there is a very good chance that they're going to want this.”

Trump’s meeting with Netanyahu came just hours before he met with the Israeli leader’s main challenger in Israel’s national elections, Benny Gantz. The two are set to face off in national elections for the third time in less than a year.

The so-called “Deal of the Century” is expected to be very favorable to Israel, and Netanyahu has hailed it as a chance to “make history” and define Israel's final borders.

In the run-up to the March 2 vote, Netanyahu has called for annexing parts of the West Bank and imposing Israeli sovereignty on all its settlements there. Israel captured the West Bank in the 1967 Six-Day War, and the Jordan Valley, in particular, is considered a vital security asset.

Reports in Israeli media have speculated Trump's plan could include the possible annexation of large pieces of territory that the Palestinians seek for a future independent state. American approval could give Netanyahu the type of cover to go ahead with a move that he's resisted taking for more than a decade in power.

Annexing Israel's settlements in the occupied West Bank would appeal to Netanyahu's hard-line nationalist supporters but would almost certainly torpedo the viability of an independent Palestinian state and likely infuriate neighboring Jordan. In 1994, Israel and Jordan signed a peace treaty, the second between Israel and its Arab neighbors after Egypt.

Netanyahu, with an eye to his base, invited several settler leaders to join him in Washington for the rollout of the plan.

Palestinian Prime Minister Mohammad Shtayyeh denounced the still-unpublished proposal again Monday in Ramallah, saying it “doesn't constitute a basis for resolving the conflict.” He said the plan violates international law and "comes from a party that has lost its credibility to be an honest broker in a serious and genuine political process.”

A Palestinian official said that President Mahmoud Abbas has rejected overtures from mediators in recent weeks to arrange a phone call with Trump. The official spoke on the condition of anonymity because he was discussing a classified diplomatic issue.

Regardless of the outcome of his summit with Trump, Netanyahu's foray to Washington gives him a major boost. The long-time leader has been reeling from a stiff challenge from Gantz and the fallout of his indictment on corruption charges, The Israeli parliament is expected to reject his request for immunity in the coming days, and a damaging criminal trial looms.

Gantz, a former military chief, has focused his campaign on Netanyahu's legal problems and his character, saying he is unfit for office. Netanyahu has sought to portray himself as a global statesman uniquely qualified to lead Israel through difficult times. He has tried to use his close friendship with Trump as a strategic asset to stay in power.

Trump, himself under the cloud of his impeachment trial in the Senate, appears poised to offer Netanyahu some needed help in the form of the most generous American peace proposal ever. Previous peace plans have included conditions for Israeli withdrawals and the prospect of evacuating Jewish settlements.

Netanyahu was charged in November with fraud, breach of trust and accepting bribes in three cases involving accepting gifts from billionaire friends and trading political and regulatory favors for positive news coverage. Gantz’s centrist Blue and White party refuses to sit with him in government because of the charges but has been careful not to scare off his voters by veering too far left, and Gantz has expressed general support for Trump's proposal.

Gantz's decision to travel to Washington separately reflected his need to remain on good terms with Trump while keeping his distance from Netanyahu. 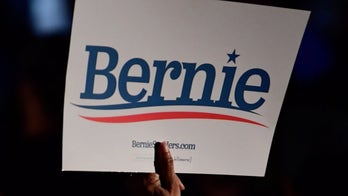 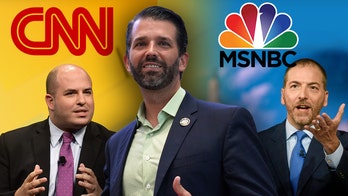