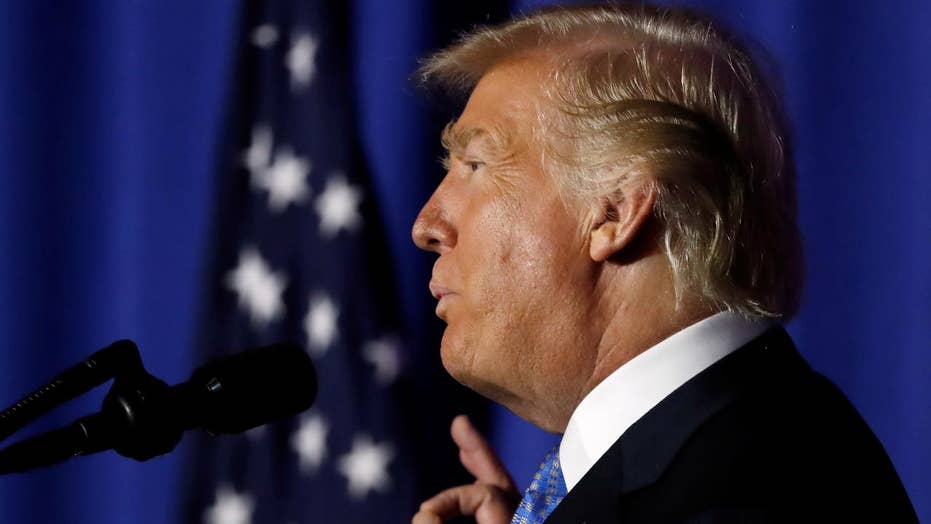 The Trump administration on defense over Puerto Rico

Critics claim federal response to Hurricane Maria has been uneven; reaction and analysis from the 'Special Report' All-Star panel.

President Donald Trump is embarking on a trip to Puerto Rican capital San Juan in the wake of criticism from local politicians for the allegedly weak response to Hurricane Maria that destroyed the U.S. territory.

“There's nothing left. It's been wiped out," Trump said last week about Puerto Rico following the hurricane that left most people without power and fresh drinking water. "Nobody has ever seen anything like it."

The president is expected to spend at least five hours in Puerto Rico during which he will meet first responders, local politicians and some residents. He is expected to meet with Gov. Ricardo Rossell, visit a local church, and attend briefings. Accompanied by first lady Melania Trump, they also will meet Marine Corps and Navy personnel.

It will be Trump’s fourth trip to a region devastated by natural disasters, including Texas, Florida, Louisiana, and the U.S. Virgin Islands.

Most Puerto Rican politicians have worked closely with the Trump administration in coordinating the recovery efforts, but some local politicians have attacked Trump for, in their view, lousy response to the disaster.

"We are dying, and you are killing us with the inefficiency," San Juan Mayor Carmen Yulin Cruz slammed the Trump administration during a press conference last Friday, adding that a “genocide” is looming if the crisis is not handled.

Trump has fired back at criticism, tweeting: “Such poor leadership ability by the Mayor of San Juan, and others in Puerto Rico, who are not able to get their workers to help. They want everything to be done for them when it should be a community effort. 10,000 Federal workers now on Island doing a fantastic job.”

FEMA reportedly said there are more than 10,000 federal personnel on the island providing vital recovery support. Nearly 50 percent of people now have access to drinking water, the agency added.

Residents line up gas cans as they wait for a gas truck to service an empty gas station, in the aftermath of Hurricane Maria in Loiza, Puerto Rico. (AP)

Hurricane Maria has exacerbated the dire situation in Puerto Rico, a territory that has been in economic recession for about a decade and undergoing a debt crisis. The economic woes left the country’s infrastructure in a sorry state, making the recovery harder.

Almost two weeks after the hurricane slammed the territory, more than 90 percent of residents are still left without power. Some hospitals reportedly have no power as well. Rural areas still struggle to access essential needs such as food, fresh water or medicine.

Trump’s visit is thought to be about fixing the perception among some that the administration has neglected the response to the crisis. White House Press Secretary Sarah Sanders said Monday the trip will be about the recovery to which the administration is “fully committed to.”

"The top priority for the federal government is certainly to protect the lives and the safety of those in affected areas and provide life-sustaining services as we work together to rebuild their lives," she said.