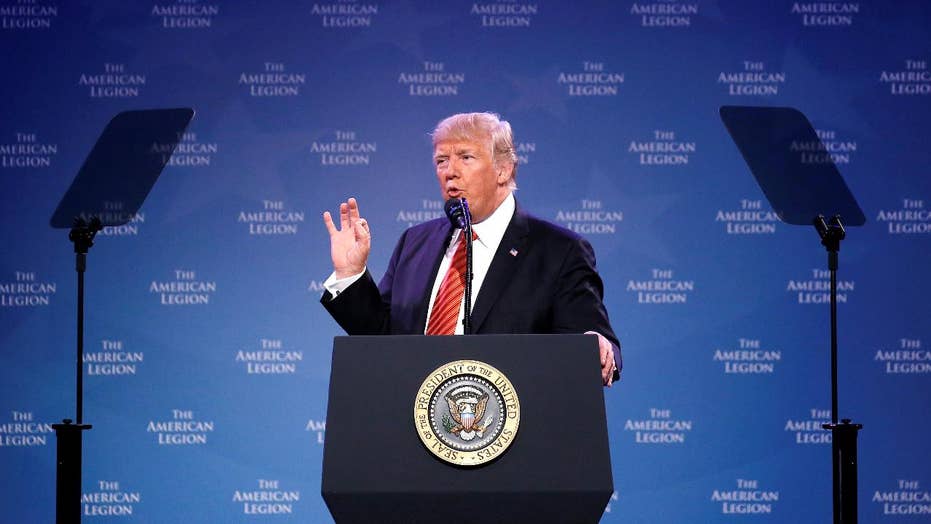 The White House is sending guidance to the Pentagon directing implementation of the Trump administration’s ban on transgender people in the U.S. military

President Trump will instruct the Pentagon to stop admitting transgender individuals into the military, Fox News has confirmed.

As first reported by The Wall Street Journal late Wednesday, the White House will send guidance to the Pentagon in the coming days regarding the new ban on transgender people in the military, giving Secretary of Defense Jim Mattis six months to implement the new ban.

The guidelines will instruct Mattis to consider the “deployability” of current transgender individuals in the military, and whether they should remain in service. The White House also told Fox News it will instruct the Pentagon to stop spending on medical treatments and surgeries for transgender individuals who are already in the military—a policy started during the Obama administration.

Trump’s direction to the Pentagon comes just days after standing before an audience of nearly 2,000 servicemembers at Fort Myer, Va., on Monday calling for “unity.”

“All service members are brothers and sisters, all part of the same family—the American family,” Trump said Monday in his speech to unveil the administration’s new Afghanistan policy. “They take the same oath, fight for the same flag, and live according to the same law. They are bound together by common purpose, mutual trust and selfless devotion to our nation and to each other.”

Trump first announced the transgender policy on Twitter on July 26, posting a series of tweets reinstating a ban on transgender individuals in the military that was lifted by then-President Barack Obama at the end of his second term.

“After consultation with my Generals and military experts, please be advised that the United States Government will not accept or allow…Transgender individuals to serve in any capacity in the U.S. Military. Our military must be focused on decisive and overwhelming…victory and cannot be burdened with the tremendous medical costs and disruption that transgender in the military would entail. Thank you.”

Transgender service members have been able to serve openly in the military since last year when then-Secretary of Defense Ash Carter lifted the prior ban. Carter also gave the services until July 1 to develop policies to allow people already identifying as transgender to newly join the military, if they meet physical, medical and other standards.