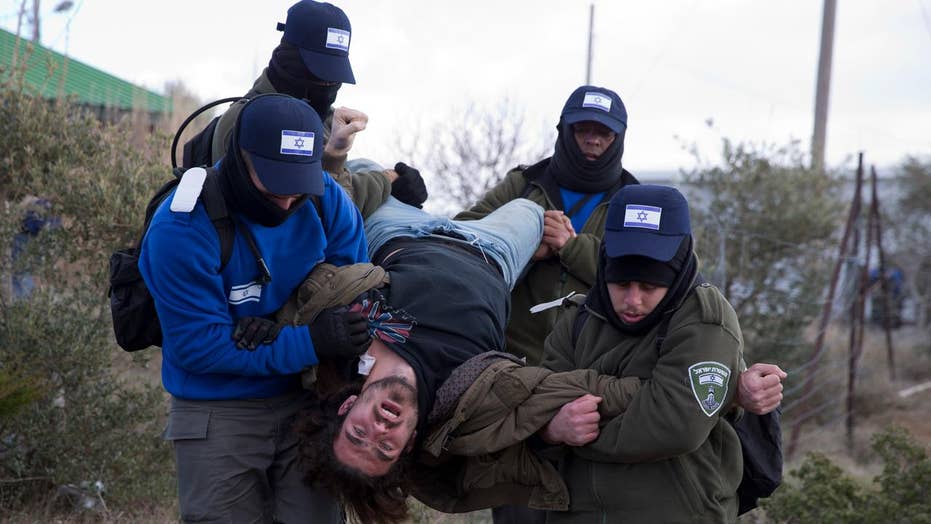 The Washington Post reported that the Trump administration also “pulled back somewhat” on its pledge to move the U.S. Embassy in Israel from Tel Aviv to Jerusalem.

David Halperin, the executive director of the Israel Policy Forum, told the paper that Trump’s move serves as a caution to Netanyahu.

“It’s a warning sign to the Israeli right that their celebration (of the new administration) may be premature,” he said.

An unnamed administration official told The Jerusalem Post that the White House was not consulted on Israel’s “unprecedented” announcement of 5,500 new settlement units.

Up until this point, the Trump administration was perceived to be sympathetic to Prime Minister Benjamin Netanyahu’s settlements.

"While we don't believe the existence of settlements is an impediment to peace, the construction of new settlements or the expansion of existing settlements beyond their current borders may not be helpful in achieving that goal," the White House said in a statement.

The White House said the president would discuss the issue with Netanyahu when the two meet in Washington on Feb. 15.

The U.S. statement came hours after Netanyahu vowed to establish the first new West Bank settlement in over two decades "as soon as possible," promising to make up for the court-ordered demolition of an illegal settler outpost. It was his latest step to expand Israeli settlement construction in the wake of Trump's inauguration.

The prime minister's vow to establish new West Bank settlements came as Israeli security forces were completing the evacuation of Amona, where they broke into a synagogue to remove dozens of Israeli protesters who had barricaded themselves inside.

According to the Israeli anti-settlement watchdog Peace Now, Israel has not officially broken ground on a new settlement since 1992.

Since that time, however, it has greatly expanded its existing settlements and allowed dozens of unauthorized outposts to sprout up, in some cases subsequently legalizing them. In all, some 400,000 Israelis now live in West Bank settlements, in addition to 200,000 others living in east Jerusalem.

The Palestinians claim both areas, captured by Israel in the 1967 Mideast war, as parts of a future independent state. The international community has opposed the settlements, built on occupied lands sought by the Palestinians, as obstacles to peace.

Britain and Germany, close Israeli allies, as well as the European Union criticized Netanyahu's approval this week of 3,000 new settlement homes in the West Bank.

"This spike in settlement activity undermines trust and makes a two-state solution -- with an Israel that is safe from terrorism and a Palestinian state that is viable and sovereign -- much harder to achieve," said Britain's minister for the Middle East, Tobias Ellwood.

Amona has emerged as a symbol of settler defiance. On Thursday, Israeli police completed the evacuation of the wind-swept community, where hundreds of Jewish activists joined residents in resisting the pullout.

Police began the evacuation Wednesday, but dozens of activists remained holed up in the synagogue. Police initially said 200 had barricaded themselves inside but later revised the number to about 100.

On Thursday, several hundred Israeli forces surrounded the building, and officers wearing goggles and wielding plastic shields broke through the doors and sprayed water to push back defiant protesters.