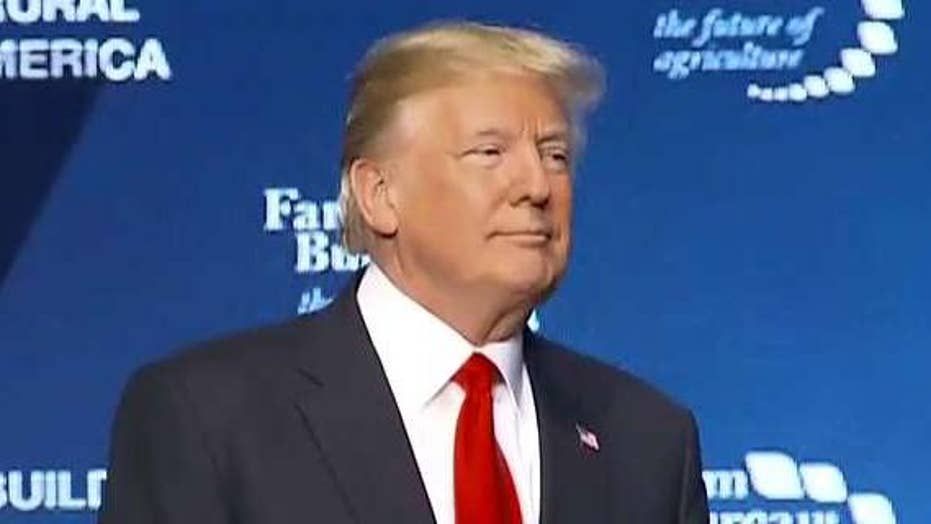 Trump to farmers: Now you can keep your farms in the family

President Trump on Monday declared that the “American dream is roaring back to life,” arguing during a speech at a farming convention in Tennessee that the recent tax bill he signed into law will yield great benefits for the country’s farmers.

“In every decision we make, we are honoring America's proud farming legacy,” the president said at the American Farm Bureau Federation’s Annual Convention in Nashville.

“That is something that I think will be the sleeper of the bill,” Trump said. “You deduct it all in one year as opposed to over many years.”

Trump also talked up how the new tax law rolled back the estate tax by doubling the exemption threshold, meaning few farmers would have to pay those taxes. Trump told the crowd that family farms and small businesses will now be spared the “punishment” of “the deeply unfair estate tax.”

“So you can keep your farms in the family,” he said, acknowledging to the crowd that the provision “was a tough one to get approved.” 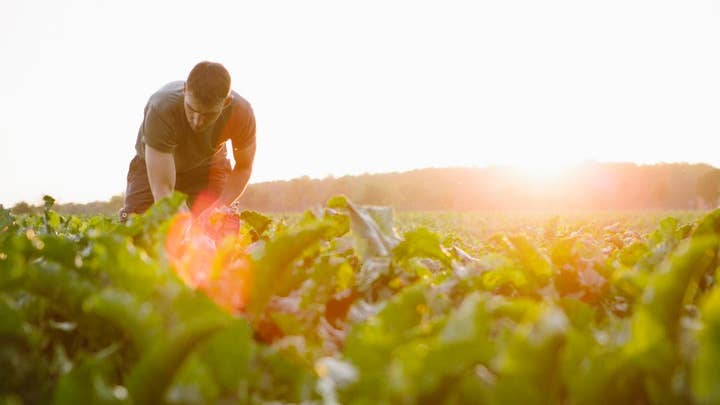 Trump also talked up his administration’s steps to rescind the Obama-era Waters of the United States rule that farmers had decried as an example of federal overreach. The regulation had expanded the number of waterways covered by the Clean Water Act.

“My administration is in the process of rolling back a rule that hit our farmers and ranches very, very hard,” he said. “The terrible Waters of the United States rule. You know about that. It sounds so nice. It sounds so innocent. It was a disaster.”

During the speech, the president also signed an executive order to promote better access to broadband internet service for rural communities.

The president also expressed his support for cultural issues, saying his administration is “protecting our cherished second amendment” and claiming “that was another thing that would have been gone” had Democrats won the 2016 election.

The president reiterated his calls for a tougher immigration system, as he fights Democrats in Congress over funding for a wall on the border with Mexico.

While in the South on Monday, the president also plans to sign the Martin Luther King Jr. National Historic Act, designating the first national historic park in Georgia.

Trump on Monday is also attending the College Football Playoff National Championship in Atlanta, where Alabama’s Crimson Tide is playing the Georgia Bulldogs.