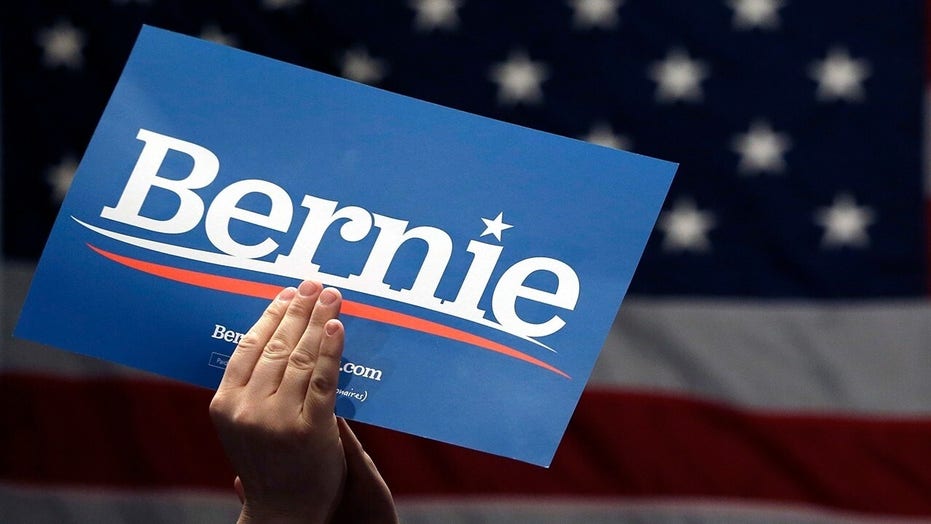 President Trump predicted that Sen. Bernie Sanders, I-Vt., will "soon" be dropping out of the Democratic primary race, claiming that the democratic socialist has "given up" after losing all three of Tuesday's primaries to former Vice President Joe Biden.

Biden currently leads Sanders 1,153 delegates to 861, according to The Associated Press, following victories in Arizona, Illinois and Florida. He needs 1,991 to secure the nomination going into the Democratic National Convention.

"The DNC will have gotten their fondest wish and defeated Bernie Sanders, far ahead of schedule," Trump tweeted Wednesday morning. "Now they are doing everything possible to be nice to him in order to keep his supporters. Bernie has given up, just like he did last time. He will be dropping out soon!"

Sanders' campaign said Wednesday morning that the Vermont senator will spend the next several weeks assessing the future of his campaign after a string of losses to Biden.

“The next primary contest is at least three weeks away. Sen. Sanders is going to be having conversations with supporters to assess his campaign,” Sanders campaign manager Faiz Shakir said in a statement Wednesday morning.

“In the immediate term, however, he is focused on the government response to the coronavirus outbreak and ensuring that we take care of working people and the most vulnerable,” Shakir added.

Biden, meanwhile, attempted to appeal to Sanders supporters in an online address Tuesday night, claiming that while he and Sanders differ in their "tactics," they "share a common vision" that includes affordable health care, decreasing income inequality and climate change, which Biden referred to as "the existential threat of our time."

Biden praised the "remarkable passion and tenacity" of Sanders and his supporters, and recognized that "they have shifted the fundamental conversation in this country."

Specifically addressing younger voters who are inspired by Sanders, Biden had a clear message: "I hear you, I know what’s at stake. I know what we have to do."