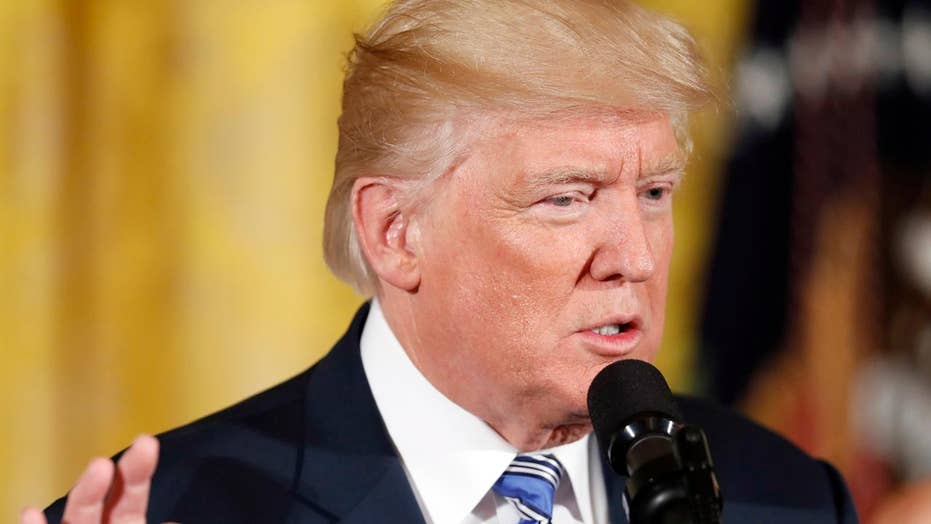 Moon requested the phone call, the White House press pool reported. It came a day after the U.N. Security Council vote, in the wake of the country’s tests of intercontinental ballistic missiles believed to be capable of reaching the U.S. mainland.

The sanctions against the communist nation include a ban on coal and other exports worth over $1 billion -- a huge bite in its total exports, valued at $3 billion last year.

Trump tweeted his support for the decision on Saturday night, noting that the punishments would have a “very big financial impact!” against North Korea.

The White House added that Trump and Moon “committed to fully implement all relevant resolutions and to urge the international community to do so as well.”

U.S. Ambassador Nikki Haley called the resolution “the single largest economic sanctions package ever leveled against the North Korean regime” and "the most stringent set of sanctions on any country in a generation.”

Haley told Fox News' “Sunday Morning Futures,” “What we basically did was kicked them in the stomach, told them to stop and told them they are not going to put up with it anymore and the ball is now in North Korea’s court. They have a big decision to make. They can either respond by pulling back and said that they’re not going to be part of this reckless activity anymore or they can see where it goes and we’ll continue to keep up the strength and keep up the activity to make sure that we stop them.”