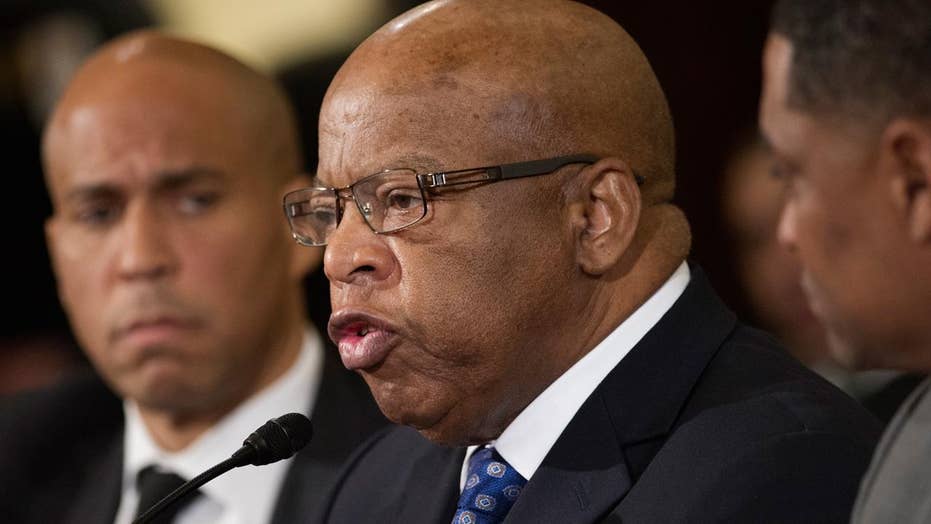 Should the media be focusing on Trump's tweets?

President-elect Donald Trump renewed his feud with Democratic Rep. John Lewis on Tuesday, accusing the Georgia congressman of misrepresenting the facts about his plans to boycott Trump's inauguration.

After a weekend of nasty sparring between the two politicians that was put on pause for MLK Day, Trump drew attention on Twitter to Lewis' questionable claim he's never missed a swearing-in.

“John Lewis said about my inauguration, ‘it will be the first one that I’ve missed.’ WRONG (or lie)! He boycotted Bush 43 also because he ‘thought it would be hypocritical to attend Bush’s swearing-in….he doesn’t believe Bush is the true elected president.” Sound familiar! WP,” Trump wrote.

The ‘WP’ appeared to be shorthand for The Washington Post, which published on Jan. 21, 2001, a story about Lewis skipping George W. Bush’s inaugural. The article records Lewis as spending Bush’s inauguration day in his Atlanta district.

Yet Lewis, during the same “Meet The Press” interview in which he asserted Trump is not a “legitimate president,” also had claimed Trump’s Jan. 20 inauguration would “be the first one that I miss since I’ve been in Congress.”

“You cannot be at home with something that you feel that is wrong, is not right,” Lewis said.

"That was almost 20 years ago," a spokesman told The Washington Post.

Lewis’ issue with Trump’s legitimacy appears to center around alleged Russian interference in the political process during the run-up to the election. The Bush boycott occurred after Bush’s protracted dispute about Florida’s ballots with Democratic nominee Al Gore. In both cases, the Republican candidates – Trump and Bush – won the Electoral College vote while the Democratic candidates – Hillary Clinton and Gore – won the popular vote.

Trump responded quickly to Lewis on Sunday, tweeting that Lewis “should spend more time on fixing and helping his district, which is in horrible shape and falling apart (not to mention crime infested) rather than falsely complaining about the election results. All talk, talk, talk – no action or results. Sad!”

Trump was excoriated by many on social media and television for his disparagement of Lewis, who was an icon during the civil rights struggle. On Martin Luther King Jr. Day on Monday, Trump met with the late leader’s son, Martin Luther King III, who attempted to interject a note of calm.

“First of all I think that in the heat of emotion a lot of things get said on both sides,” King told reporters. “The goal is to bring America together and Americans.”