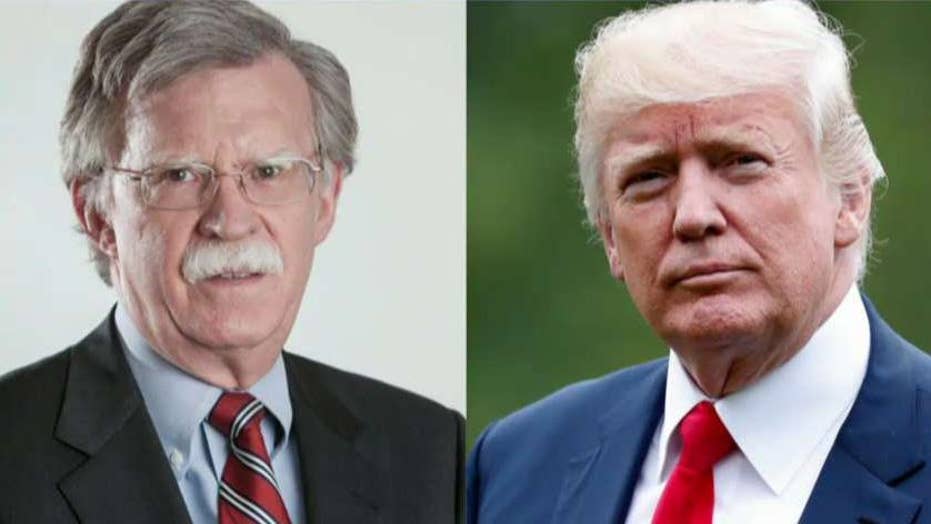 As the Trump administration’s decision to pull U.S. troops from northern Syria reverberated around the world, insiders point out that the controversial plan had created discord in Washington long before it was ever implemented.

President Trump first made waves on the issue in December 2018, when he abruptly announced the U.S. would completely pull its troops from Syria, tweeting that the mission to defeat ISIS was completed. The move prompted the resignation of then-Defense Secretary Jim Mattis and a coordinated campaign by then-National Security Adviser John Bolton to try to protect the Kurds, America's fighting partner in the region.

BEHIND THE SCENES OF THE MATTIS BOMBSHELL: MORE RESIGNATIONS EXPECTED AFTER 'PROTEST' EXIT

Trump’s foreign policy decision on Syria, which he had promised back on the campaign trail in 2016, was reportedly the final straw for Mattis. His decision to resign was based on principle, sources told Fox News at the time.

"Because you have the right to have a Secretary of Defense whose views are better aligned with yours on these and other subjects, I believe it is right for me to step down from my position," Mattis wrote at the time.

Meanwhile, Bolton was left to try to smooth over backlash in Washington and abroad over Trump’s policy decision on Syria.

Bolton and other officials in the White House worked “behind the scenes” to slow the president’s order to pull all 2,000 troops from Syria, with Bolton pushing for the U.S. departure from Syria to include the condition that Turkey guaranteed it would not target Kurdish fighters.

Turkish President Recep Tayyip Erdogan accused Bolton of making a “serious mistake” in complicating Trump’s Syria withdrawal — and Bolton would ultimately also exit his post after being fired by Trump in September.

In announcing Bolton’s termination, Trump said he “disagreed strongly with many of his suggestions.”

Trump on Monday defended the decision to pull back from Syria, saying the ISIS "Caliphate" has been defeated and lamenting that the U.S. was in the region years longer than planned. Reprising the rhetoric on foreign wars he has often used on the campaign trail, he described the fight as a regional conflict for Turkey and other countries to wage — not America's problem.

"The United States was supposed to be in Syria for 30 days, that was many years ago. We stayed and got deeper and deeper into battle with no aim in sight. When I arrived in Washington, ISIS was running rampant in the area. We quickly defeated 100% of the ISIS Caliphate," he said.