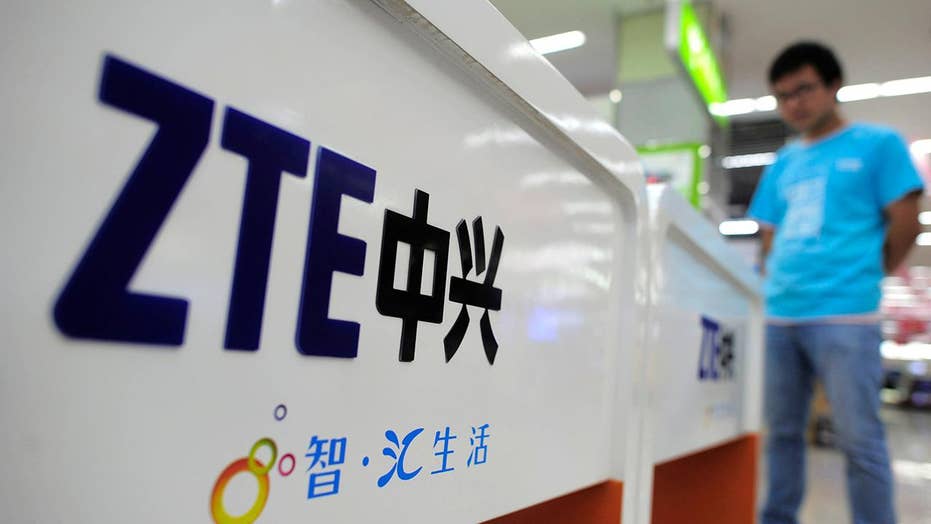 The Commerce Department last month blocked China's ZTE from importing American components for seven years, accusing it of misleading U.S. regulators after it last year settled charges of violating sanctions against Iran and North Korea. The ban was a virtual death sentence for ZTE, which relies on U.S. parts.

The Trump administration, though, caused controversy by putting ZTE in play amid trade negotiations.

According to Trump, Xi recently called him to ask if there was something he could do to put the company back in business. Trump asked Xi what he was prepared to do, the president said -- and Xi replied that he was willing to have ZTE pay a fine of $500 million dollars for the embargo violations, change the management and replace the board. Trump countered with a fine of $1.5 billion, the management and board swaps, security guarantees and a guarantee that ZTE would buy a large percentage of its parts from U.S. companies, he said.

After further negotiations, they settled at a $1.3 billion fine, according to the president.

Trump told Fox News his handling of ZTE shows that he is prepared to be tough on China and Chinese companies when they misbehave.

Trump said Xi told him tens of thousands of people would lose their jobs if the U.S. continued to refuse to sell parts to ZTE.  Xi told Trump many of those jobs were in his hometown.

The Commerce Department also informed officials on Capitol Hill on Friday that a deal has been reached.

“If the administration goes through with this reported deal, President Trump would be helping make China great again,” said Senate Democratic leader Chuck Schumer, D-N.Y. “Simply a fine and changing board members would not protect America’s economic or national security, and would be a huge victory for President Xi, and a dramatic retreat by President Trump. Both parties in Congress should come together to stop this deal in its tracks.”

Florida Republican Sen. Marco Rubio also came out against it, calling it a "great deal... for #ZTE & China."

The ZTE talks occur after the U.S. and China last weekend suspended plans to impose tariffs on as much as $200 billion in each other's goods, pulling back from the brink of a trade war. China on Tuesday made a conciliatory gesture by cutting the tariff on imported vehicles to 15 percent from 25 percent, effective July 1.

In the face of congressional criticism, Mnuchin on Tuesday denied that the U.S. is offering relief for ZTE in exchange for trade concessions.

"This is not a quid pro quo or anything else," Mnuchin told a Senate Appropriations subcommittee.

Fox News’ Alex Pappas and Chad Pergram and Fox Business’ Blake Burman and The Associated Press contributed to this report.