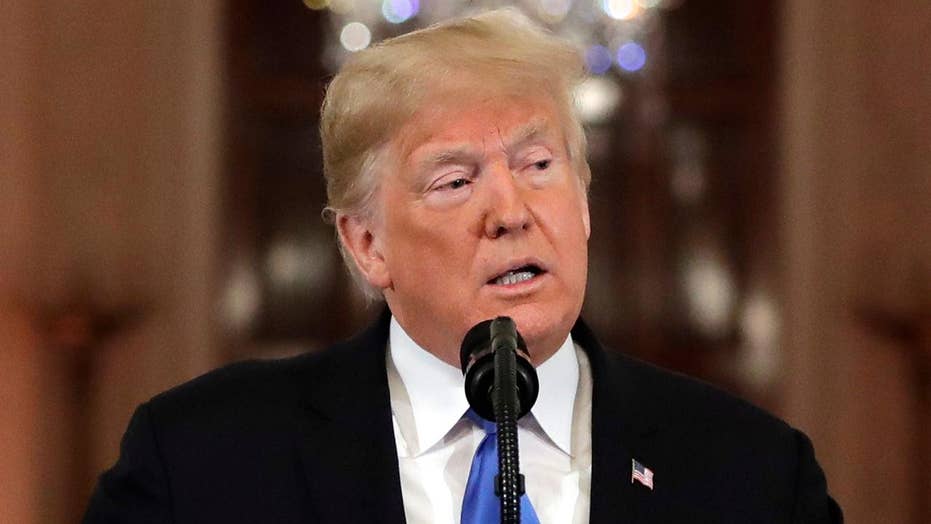 President Trump on Friday sarcastically snarked “blame the Russians” for the slow vote count and missing ballots in Florida and Georgia.

“You mean they are just now finding votes in Florida and Georgia—but the Election was on Tuesday? Let’s blame the Russians and demand an immediate apology from President Putin!” Trump tweeted Friday morning.

Scott and the National Republican Senatorial Committee have brought lawsuits against Broward County, alleging they are hiding critical information about the number of votes cast and counted. The campaign also brought a suit against Palm Beach County, where they charge that the election supervisor there illegally used her own judgment to determine voter intent when reviewing damaged or incorrectly filled-out absentee ballots, while refusing to allow impartial witnesses to monitor the process.

On Friday, Nelson's attorney Marc Elias announced that they would file a lawsuit to extend the deadline for vote counting. Trump then blasted Elias as the Democrats' "best election stealing lawyer" and said he would send "much better lawyers to expose the FRAUD!"

And just north of that election fight, Georgia’s gubernatorial race has yet to be settled. Republican candidate Brian Kemp declared victory on Thursday and resigned from his post as Georgia’s secretary of state. But Democrat Stacey Abrams, who hoped to be the nation’s first African American female governor, is not conceding. The campaign said they will fight to get all outstanding votes counted, and pushed for a runoff election next month.

“@BrianKempGA ran a great race in Georgia—he won. It is time to move on!” Trump tweeted Friday.

The president’s tweets were in reference to the ongoing narrative throughout his administration—Russian meddling in the 2016 presidential election. The president has cast doubt over whether the Kremlin was involved in influencing that election, and has been repeatedly criticized for doing so.

Over the summer, top Trump administration officials again warned that Russia was posing a sustained threat to American elections with its influence operations, even saying “democracy itself is in the crosshairs.”

A Department of Homeland Security official said this week that there were no reported cyber security events that would affect the ability to cast and count votes in Tuesday’s midterm elections. Officials said they did not see any sort of malicious actors.