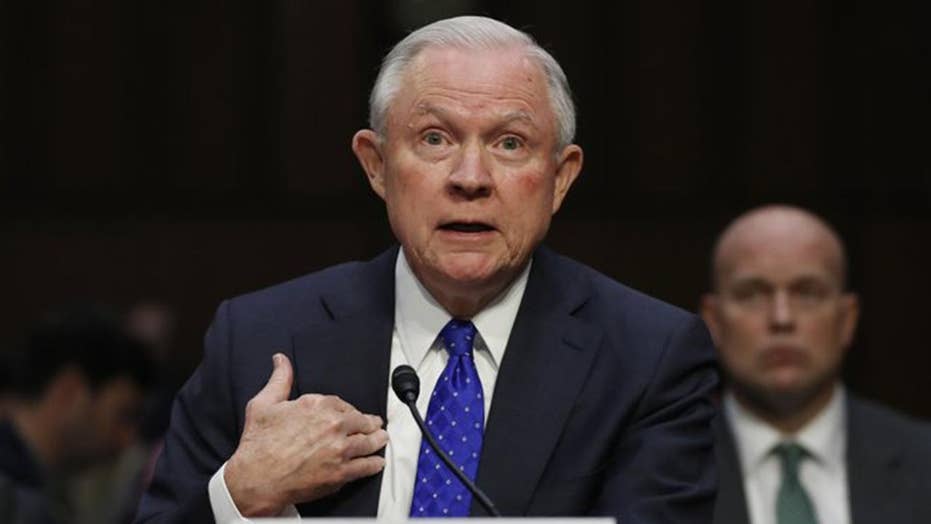 President Trump said Wednesday he wishes he had appointed someone else as attorney general, ramping up his criticism yet again of Jeff Sessions for his recusal from the Russia investigation.

In a series of tweets Wednesday morning, the president slammed Sessions after quoting comments made by House Oversight Committee Chairman Trey Gowdy on “CBS This Morning.”

Gowdy, R-S.C., was asked about a New York Times report that Trump had asked Sessions to retain control of the Russia investigation following his recusal -- and that this was being examined by Special Counsel Robert Mueller's team.

Gowdy disputed the suggestion that the conversation strayed into obstruction of justice territory.

“I think what the president is doing is expressing frustration that Attorney General Sessions should have shared these reasons for recusal before he took the job, not afterward. If I were the president and I picked someone to be the country’s chief law enforcement officer and they told me later, ‘oh by the way I’m not going to be able to participate on the most important case in the office,’ I would be frustrated too,” Gowdy said on “CBS This Morning."

He added, “There are lots of really good lawyers in the country. He could have picked someone else.”

Minutes after the interview, Trump quoted those remarks on Twitter and concluded: “And I wish I did!”

Sources told Fox News that Mueller as recently as this spring had not raised questions specifically about the March 2017 meeting between Trump and Sessions at Mar-a-Lago. However, Mueller does have several questions he wants to ask Trump about Sessions’ recusal, including what efforts Trump may have made to get Sessions to reverse course.

Trump has been highly critical of Sessions ever since the recusal, blasting the former senator for not launching full-blown investigations into Hillary Clinton, the Democratic National Committee and officials like fired FBI Director James Comey and fired Deputy FBI Director Andrew McCabe.

Trump's latest tweet on Sessions seems to go further than some of his past criticism.

Last week, the president demanded that the Justice Department investigate revelations that an FBI informant was in communication with at least three Trump campaign associates—George Papadopoulos, Sam Clovis, and Carter Page. The president has dubbed these new revelations as “Spygate.”

Rosenstein instructed the Justice Department inspector general to investigate any alleged “impropriety or political motivation” in the FBI’s investigation into Russian interference and potential collusion with Trump campaign associates. 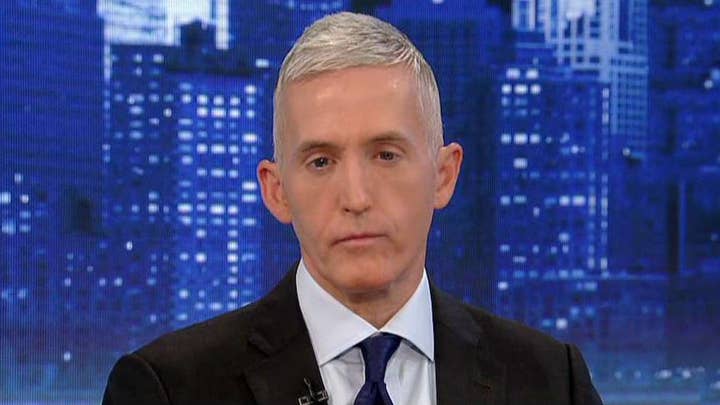 Comey and other Obama-era intelligence officials, though, defended the FBI’s use of an informant—technically referred to as a “Confidential Human Source.”

And on Tuesday, Gowdy told Fox News that the FBI acted appropriately, on the heels of a high-level briefing last week on the matter.

“I am even more convinced that the FBI did exactly what my fellow citizens would want them to do when they got the information they got,” Gowdy said on “The Story with Martha MacCallum” on Tuesday, adding that the move had “nothing to do with Donald Trump.”