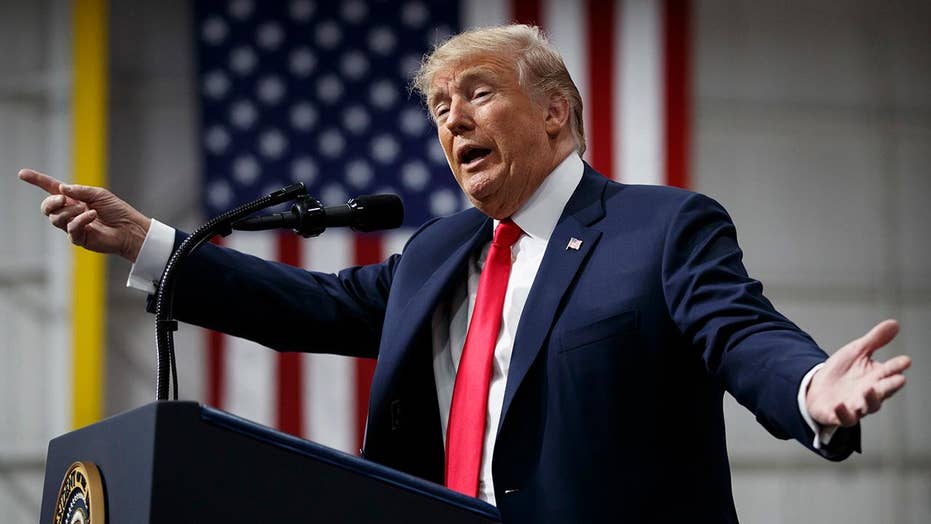 President Trump on Sunday slammed The New York Times for what he says is the paper’s “false story” about him being unhappy with his legal team for the Russia investigation, taking particular aim at reporter Maggie Haberman, who he called "a Hillary flunky.”

“Wrong,” tweeted Trump. “I am VERY happy with my lawyers. … They are doing a great job.”

Trump called Haberman -- the newspaper’s top White House correspondent and who has covered Trump since his time in New York -- a “Hillary flunky, (who) knows nothing about me and is not given access.”

Haberman, who Trump has purportedly telephoned about stories, tweeted back, “Lol” -- social media shorthand for “laugh out loud.”

Trump, in one of several tweets Sunday, said he has no intentions of hiring an additional lawyer for the Capitol Hill and federal investigations into whether the 2016 Trump presidential campaign colluded with Russian officials.

The president said his team of John Dowd, Ty Cobb and Jay Sekulow is “doing a great job and has “shown conclusively that there was no Collusion with Russia … just excuse for losing. The only Collusion was that done by the DNC, the Democrats and Crooked Hillary.”

Trump also appeared to take issue with a Times story this weekend that stated he has twice backed failed candidates and that his support for Rich Saccone in Pennsylvania’s special House race this week, if Saccone loses, would “mark the third time Mr. Trump has thrown his political might behind a candidate without success.”

“The Republicans are 5-0 in recent Congressional races, a point which the Fake News Media continuously fails to mention,” Trump tweeted. “I backed and campaigned for all of the winners. They give me credit for one. Hopefully, Rick Saccone will be another big win on Tuesday.”