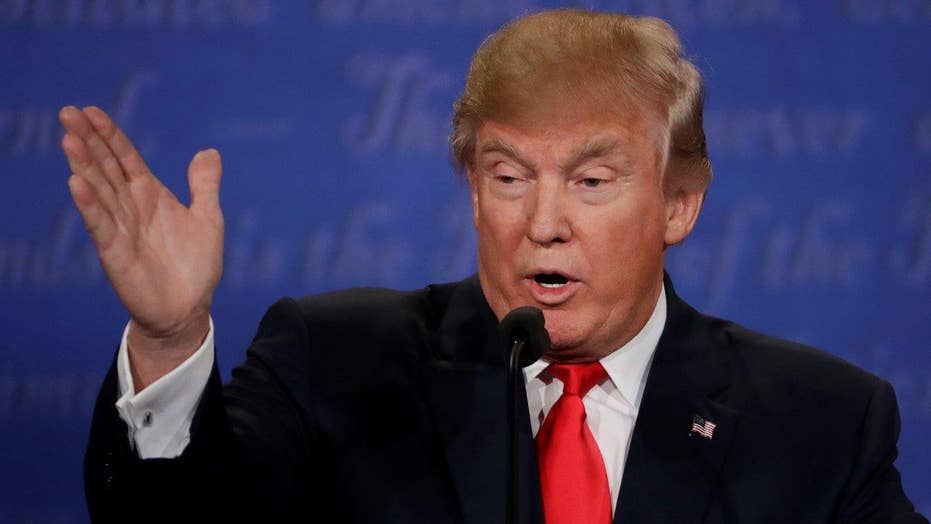 Trump: Justice Ginsburg made inappropriate comments about me

Trump said the Supreme Court is what the 2016 presidential election is all about.

"It is so imperative that we have the right justices. Justice Ginsburg made some very, very inappropriate statements towards me and towards a tremendous number of people," Trump said during the final showdown debate between him and Democratic nominee Hillary Clinton.

He added, “(Ginsburg) was forced to apologize and apologize she did.”

Earlier this summer, the liberal justice called the New York billionaire a “faker” and accused him of being inconsistent on several issues. She said he said “whatever comes into his head at the moment” but then issued an unprecedented apology for speaking out against a political candidate in an election year.